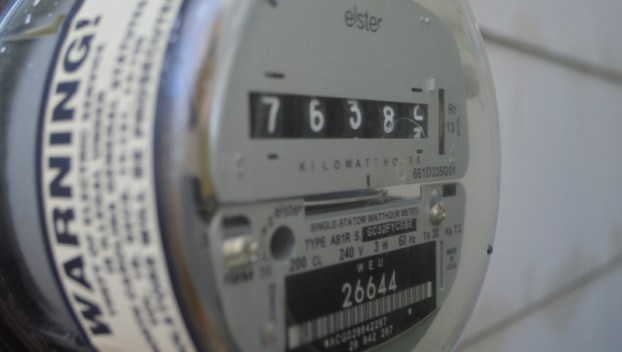 The City of Washington is warning of scam phone calls threatening local utility customers with service interruptions, despite the fact that utility companies were compelled to cease disconnections through May 31 by an executive order from North Carolina Gov. Roy Cooper.

According to information shared by the City, a number of utility customers received phone calls from a New Jersey phone number (862-284-1730) demanding that they go to Family Dollar and purchase gift cards to pay their utility bills. Customers were threatened with disconnection within 30 minutes if they didn’t comply.

“There’s no real pattern on who they were preying on, but it was a similar format of requesting a gift card type payment,” Washington City Manager Jonathan Russell said. “That’s something the city would never do. We have a variety of payment options like auto-draft, cash and check, more traditional payment options. I think with all the confusion going on with the pandemic and current operational procedures, (scammers) are taking advantage of that to trick people.”

Russell said similar scams had been reported in neighboring counties as well, and were not limited specifically to Washington Electric Utilities. According to Tideland EMC Corporate Communications Manager Heidi Smith, scams like this are a constant issue for utility companies across the board.

“It happens all the time, and it’s been an ongoing problem for several years now” Smith said. “We constantly warn people about it. If we feel like we’re under attack, we’ll send everybody a text message letting them know.”

Above all, Smith says that it’s always okay to just hang up the phone.

On March 31, N.C. Gov. Roy Cooper issued an executive order forbidding utility disconnections through May 31. Local power companies, including Washington Electric Utilities, Tideland EMC and Duke Energy Progress, have all pledged to work with customers who have fallen behind with their payments during the pandemic.

At Tideland EMC, members fall into one of two categories — pre-paid accounts and post-paid accounts. Smith says the company will be able to offer a six-month period during which customers with outstanding balances can pay that off. Those needing to make such arrangements are encouraged to contact the co-op.

“What we’ve proposed is in keeping with suggestions from the state,” Smith said. “Minimally, it will be a six-month period during which folks can take care of those post-due balances.”

As for Washington Electric Utilities, Russell says the city has been fortunate in that most customers have continued to pay their bills as they normally would. Anyone who has been negatively impacted by COVID-19 will be able to work out a payment plan with the city for any outstanding balance, even after the executive order expires Sunday.

“We have a handful of customers that are delinquent, and we will be reaching out to them to encourage them to set up payment plans and make payment as quickly as possible,” Russell said. “I think a lot of that will be on a case-by-case basis, reaching out to them and setting up plans based on their needs.”

According to its website, Duke Energy Progress, has suspended disconnections, as well as fees for late payment and returned checks. For those who have missed payments, the company is allowing them to add deferred installments to future bills. Duke energy customers who are having trouble paying their bills can contact the company at 800-452-2777 for residential accounts and 866-582-6345 for business accounts.

“Duke Energy remains committed to working with customers throughout this crisis and beyond,” wrote Duke Energy spokesperson Jeff Brooks. “We have suspended disconnections since March 13, and late payment charges and other fees have been waived since March 21. We have also relaxed many of our policies, such as billing deposits and extended payment arrangement timelines, so that customers can get the services they need and navigate through this challenging time. We will continue to work with customers in the weeks and months ahead.”

The Beaufort County Health Department released a statistical analysis of the county’s COVID-19-positive cases on Wednesday, breaking down the demographics... read more