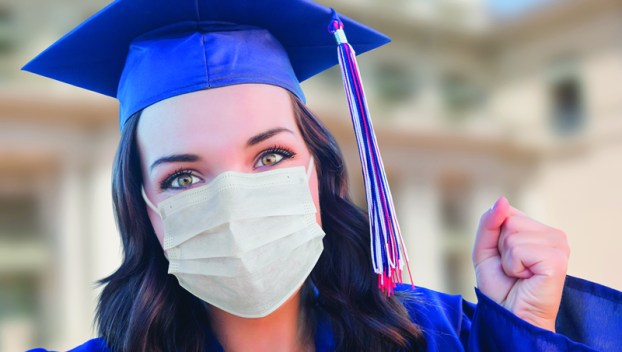 While high school seniors throughout Beaufort County missed out on a good portion of their senior year, Beaufort County Schools is determined to give them a proper send off.

“The principals have really put a lot of thought into this,” said Board of Education chairwoman Carolyn Walker. “As I understand it, each school has a graduation committee, so they’ve had input from their faculties and their families on how to go about this. They presented their plans to us (Thursday) night, and they were all well-thought out. They were all determined to make graduation as safe as possible with social distancing and reduced numbers.”

Graduations will be held at the following times and places:

In each case, the number of tickets provided for family members will be reduced. Rather than seating seniors all in one place, they will be spaced out throughout the entirety of the football fields, with families seated in both the home and visitor bleachers.

“It will look very spread out, but you’ll still have the very traditional aspects of graduation with ‘Pomp and Circumstance,’ your Valedictorian speech, your principals saying a few words and each student coming across the stage to get their diploma,” said BCS Superintendent Matthew Cheeseman. “We’re trying to give something back to our seniors, as they lost an awful lot during the year.”

In addition to being spaced out, families will be asked to leave the stadiums promptly after the ceremony to encourage social distancing. Masks will be provided for students and employees who wish to wear them. Cheeseman said he was expecting further guidance from the Beaufort County Health Department next week.

Wednesday, Beaufort County Early College High School held its annual commencement ceremony at Beaufort County Community College. The ceremony was held in-person and indoors, and went smoothly for those graduates, Cheeseman said. While kids moved across the stage in small groups, families were not in the room, but were able to watch a video of their seniors.

“Emily Pake did a really nice job of making the best of the situation with the pandemic and tried to still give her graduates an opportunity to feel valued,” Cheeseman said.

Whether indoors or outdoors, in all cases, that’s what all these ceremonies are about — recognizing the Class of 2020, in all their accomplishments.

“These seniors have shown an incredible amount of maturity in the sacrifices they’ve had to make,” Walker said. “We understand that, and I’m so proud of them. … It was important to the board that we give them a graduation.”

Beaufort County’s share of the federal CARES Act funding for the state of North Carolina is $1,014,608, which the county... read more