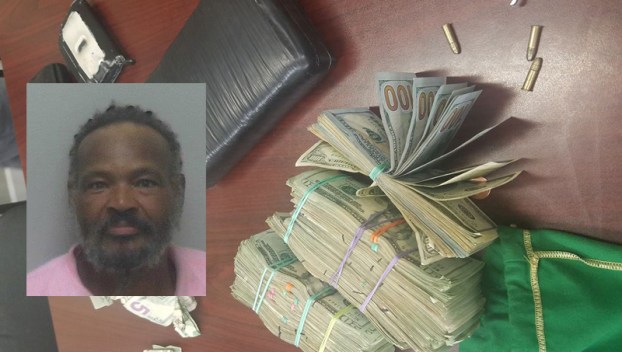 BIG BUST: Beaufort County Sheriff's Office Drug Unit investigators seized a kilogram of cocaine and $32,000 in cash during a drug bust in Washington on June 5. The BCSO charged Anthony Yelverton, pictured, with two counts of drug trafficking, estimating the street value of the cocaine at approximately $100,000. (BCSO)

A drug investigation by the Beaufort County Sheriff’s Office Drug Unit led to the seizure of a kilogram of cocaine and more than $32,000 in cash last week. BCSO Drug Unit Lt. Russell Davenport says the bust happened within the city limits of Washington.

“We know that he has been involved in the distribution of cocaine of some time now,” Davenport said.

“It’s not unusual,” Davenport said. “Working for the sheriff, we investigate all drug complaints from small to large, and we’re capable of doing all those investigations.”

Davenport declined to comment whether more arrests may stem from the bust, but said the investigation is ongoing.

Southside High School planned to host a graduation ceremony Friday night on the football field at 7 p.m. Due to... read more