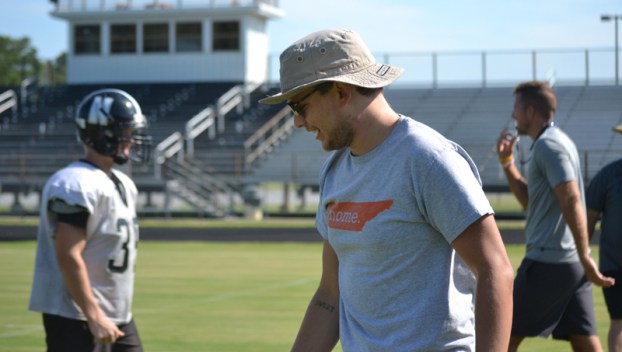 On to new endeavors

In the past 15 months, I have had some of the most fun I’ve ever had. The relationships I’ve made with coaches, players, administrators, athletic directors and parents have been so meaningful and will be cherished forever.

Sports are easily my biggest passion. Since I was a toddler, I had some kind of ball in my hands, and the love I have for sports has never faltered. Going out and taking photos, interviewing players and coaches after watching them win a big game made me feel like a part of the victory, and I even hurt for teams after a tough loss. I know those highs and lows, because I’ve experienced them all myself, especially during my own senior seasons.

I want all the athletes to know how much this year meant to me, and how hard I will be pulling for all of them to have successful futures. I will continue to encourage those I see around the area to be the best players and people they can be, because I truly care for them all individually.

That being said, this 15-month period has made me realize that my enjoyment is the student-athletes themselves. I was happiest when I was on the playing field. I have a well-rounded knowledge for the games that I cover, and believe that I can make a difference with my ability to coach. I have been a sponge for information, soaking up as much as I could during this time, and it has immensely helped me toward my next career path.

I was presented an opportunity to be a coach, and I have always wanted to experience the ins-and-outs of being one. I won’t be on the sidelines taking photos and chopping it up with all the folks that pop out to a game on any given night anymore, but you’ll still be able to find me on the sidelines or in the dugout helping my team win.

The decision to move to coaching was one I struggled with, and even shed tears over, because of how much I’ve enjoyed every single student that I got to know during my time at the Daily News.

The next step in my journey will carry me in a new direction. Not to say that I’ll never hop behind a keyboard or a microphone in sports media again, but for now, it’s “See you later.” On to a new endeavor, that I truly believe may be my calling — molding young minds to be champions on more than just the playing field.

How sports bring us together

At the current time, the world is different. Riots and protests taking place in the midst of a global pandemic... read more