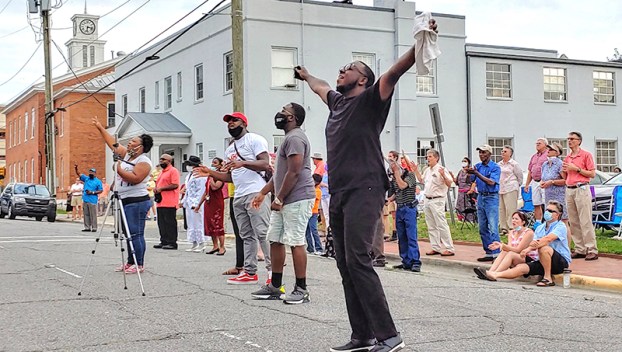 Prayer meeting a commitment to community

More than 20 pastors, some from as far away as Jacksonville, both admonished and encouraged approximately 150 attendees at a prayer meeting held Sunday evening at the Beaufort County courthouse in Washington.

“This wasn’t a political rally,” said Greg Barmer, pastor of First Baptist Church, as several people around him nodded in agreement.

“This was an acknowledgment of unrest, as well as a statement that if the church was doing what she was supposed to do, we wouldn’t be in this place,” said Vernon Collins, pastor of St. Luke Church of Christ-Disciples of Christ. 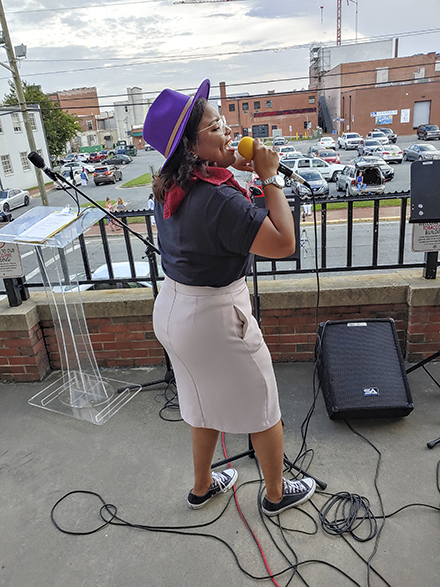 Barmer confirmed that sentiment when he said the people at the prayer meeting represented “a community committed to each other to bear one another’s burdens in love.”

Prayers covered issues including unity, family, community, schools, the nation and its government, and “Christ being the center” of everything offered at local churches, according to the event outline. And while unity, progress and peace were included in most prayers, the need to “speak out for justice and righteousness” was also highlighted when it was Bishop Samuel Jones’ turn to pray. He also noted that “politics can’t change racism. The love of God is the only thing that can wash us clean.” 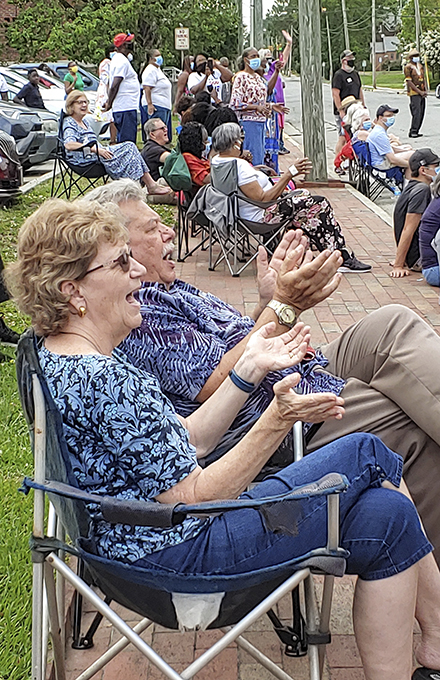 Rev. Jim Reid of Asbury United Methodist Church, with his wife Kathy, sing along with the worship team (Karen Thiel)

Washington resident Anthony Boomer, 49, said he attended because he was “hoping to learn something about what God is trying to do for our community, and bring every color, nationality and race together … then pass my knowledge to the next generation.”

The singing, dancing and speech seemed more like a celebration of community unity than a prayer meeting, another in a series of events spawned by the May 25 murder of Minneapolis, Minnesota, resident George Floyd and the frequently violent protests that followed. Rally attendees raised their hands toward the sky as a praise team from five local churches sang songs about “every person from every background worshiping Jesus,” according to Youth and Worship Pastor David Ward, of Washington Assembly of God. “All of us were united under the common understanding that Jesus is the one who will help people understand what real love is and how sharing that, regardless of our color or background, will bring peace.” 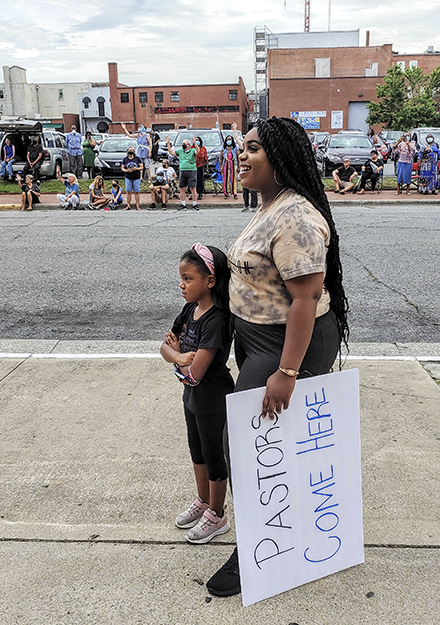 By KAREN THIEL For the Washington Daily News   Robert Harris has seen many challenges in the 30-plus years since... read more