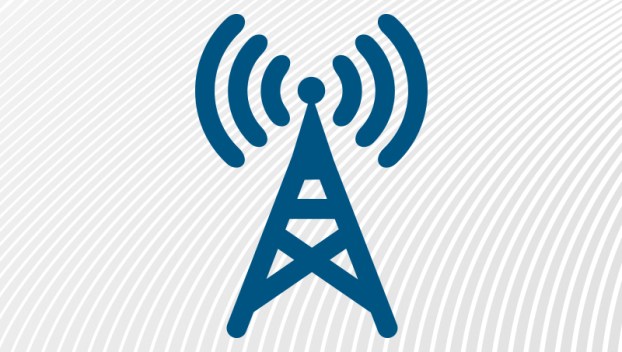 With more adults working from home and children learning remotely, the COVID-19 pandemic has shed new light on the difficulties of accessing high-speed internet in Beaufort County’s rural areas.

County officials commissioned the survey at a cost of $50,000 last year, with financial support from Tideland EMC, the Tri-County Foundation, Nutrien and the Beaufort County Committee of 100. County commissioners are scheduled to hear a presentation on the study’s results during their August meeting.

“The way we start this process is we look at all of what exists today,” said Greg Coltrain, vice president of business development for River Street Networks. “We try to look at what resources we have in play, as far as assets and providers we have in the county. We look at state and federal mapping to see where the deficits are, based on what we consider to be fairly inaccurate maps. We do some of our own research as well, through gauging interest in the community to see what potential customers are saying about broadband.”

The result is what Coltrain calls a “30,000-foot view” plan of where Beaufort County needs to expand broadband coverage to unserved and underserved areas.

“Essentially, what this plan does is it shows what it would take, moneywise and from an engineering standpoint, to run fiber to the premises for all of Beaufort County,” County Manager Brian Alligood said. “What that document is going to do for us is provide the basis for seeking additional grant funding to put in the infrastructure.”

The study presents a range of possibilities and cost estimates for moving forward with broadband expansion in Beaufort County, ranging from a fiber network backbone at a cost of $5.7 million, to a full fiber-to-premises network, reaching 19,995 homes at a cost of $94 million.

“If you know what it costs, you can look at what grant-funding opportunities there are out there,” Coltrain said. “We take that and layer it hand-in-hand with that expansion plan to determine where we can seek funding to pull something like this off. I think when the plan rolls out and becomes public, it’s going to be pretty self-explanatory that this is going to be a multi-year, or even 10-to-20-year project to make this happen.”

As to where that funding would come from, there are multiple opportunities for public grant funding, including money from the state and federal programs such as the U.S. Department of Agriculture’s ReConnect Loan and Grant Program. Coltrain added that a number of counties throughout the state have also established grant programs to help with broadband expansion. Coupled with private investment, those funding sources could help make broadband expansion a reality, and having a comprehensive engineering study in place will make Beaufort County more competitive when applying for funding.

“I think the broadband expansion plan, for Beaufort County, really casts a positive light on the fact that we already have a significant fiber network, covering about one-third of the county,” Coltrain said. “So this county is light years ahead in that it has a provider already here that they can kind of hook their horse to and pull that fiber to the rest of the county. We want to hit those rural areas that don’t have service, the places where there isn’t already a Suddenlink/Altice or a Spectrum (providing service).”

River Street has also partnered with Tideland EMC in the past year, after legislation cleared the North Carolina General Assembly that would allow internet companies to use electric co-op infrastructure to expand their services. While Beaufort County currently has eight internet service providers, the study claims, “there still remain many citizens who may only have one option and that option is not viable.”

According to Stephanie Godley, director of technology at Beaufort County Schools, a recent survey on this spring’s remote learning process revealed just how big an issue internet access is for local students. Of the school system’s 6,202 students, 1,018 students/parents — roughly one in six — indicated they do not have access to high-speed internet in their home.

Despite the school system’s efforts to provide laptops and wireless hotspots for kids to access online materials, an effort aided by the City of Washington and River Street Networks, Godly says the disparity still leaves some students at a disadvantage.

According to the study, a revamped broadband network could help address that issue, but also provide new possibilities for emergency communications, public works, rural health care and economic development. According to Alligood, however, state law currently prohibits local governments from installing internet infrastructure, which can complicate grant applications.

“The issue that we run into is there’s still legislation in place that doesn’t allow counties to do that kind of work,” Alligood said. “Counties don’t want to be in the broadband business or be the providers. What we’re seeking, and the North Carolina Association of County Commissioners is working really hard on this, is to give counties the opportunity to go in and install infrastructure, and then lease that infrastructure to service providers.”

To weigh in on broadband internet coverage in your area, visit join.buildriverstreet.com.

The number of confirmed COVID-19 cases in North Carolina continued to rise from 65,327 Tuesday to 66,751 Wednesday. There have... read more