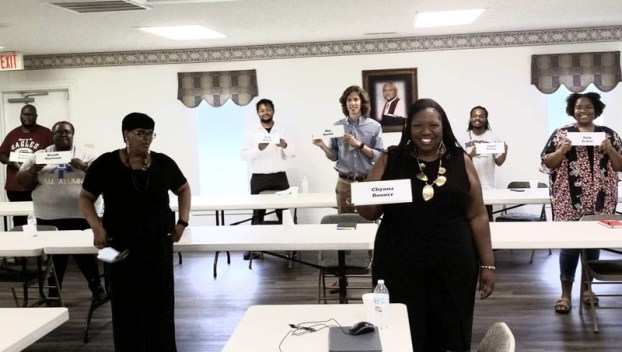 The Beaufort County NAACP held its first in a series of racial equity forums Tuesday evening, bringing together young voices from the area to discuss their experiences and perceptions of how race affects societal outcomes in the United States.

Tackling issues from the role social media plays in the current national conversation to relations between citizens and law enforcement, the panelists spoke for about an hour, with the forum broadcast to the community via Facebook Live and a teleconference call. As of Wednesday afternoon, the forum had been viewed more than 1,600 times.

“I think this is a starting point,” said forum moderator Chynna Bonner. “One thing I want to stress is that it is a collective responsibility to address this. You cannot blame it on the young or the old. I think we all have to work on this together. It’s not a black issue. It’s not a white issue. A lot of times, we’re pointing the finger and saying ‘It’s your fault.’ I don’t want to look at fault. It’s all of our responsibility to speak up, speak out and effect change.”

While the conversation covered a wide range of topics, one question involved asking panelists for their reaction to the words, “I can’t breathe,” a phrase uttered by both George Floyd in Minneapolis, Minnesota, and Eric Garner in New York City, during fatal encounters with law enforcement.

“It’s kind of multi-faceted for me, because I think of the many different areas in which people of color in this country actually ‘cannot breathe,’” Brown responded. “Most people will look at it as a physical aspect, whereas your respiratory system is not able to fully function because there is something suppressing it. However, I was challenged to look deeper into it, because there are a lot of African Americans or people of color who cannot breathe financially, spiritually and emotionally, because there are things within the system that block their ability to do so. … I think that is where a lot of the anger is coming from. The emotions and the sentiments that people of color are feeling, they’re not able to express that within the political system, policing, education and financially.”

Pastor Aaron Lewis, president of the Beaufort County NAACP, says Tuesday’s discussion will be the first of many on the topic of racial equity. Future conversations will include local officials, law enforcement and a diverse array of voices from the Beaufort County community, he said.

“We’re actually already in the process of planning the next one,” Lewis said. “We’re going to mix it up a little bit. We may do some with preachers and local government officials, just local groups we want to talk to about different topics.”

Anyone interested in viewing a recording of Tuesday night’s forum can do so by visiting the Beaufort County NAACP Facebook page.

WHAT IS RACIAL EQUITY?

According to the Center for Social Inclusion, racial equity involves looking at how access to resources in various communities affects the health, economic opportunities and well-being of the people who live there. Examples of these resources include access to decent housing, fresh food, health care, technology, good schools and transportation. The second piece of racial equity involves including people who live in communities lacking those resources, including people of color, in shaping policy to address the issues.

“Racial equity is about applying justice and a little bit of common sense to a system that’s been out of balance,” CSI President Glenn Harris explained. “When a system is out of balance, people of color feel the impacts most acutely, but, to be clear, an imbalanced system makes all of us pay.”

“At CSI, we define racial equity as both an outcome and a process,” the organization’s website says. “As an outcome, we achieve racial equity when race no longer determines one’s socioeconomic outcomes; when everyone has what they need to thrive, no matter where they live. As a process, we apply racial equity when those most impacted by structural racial inequity are meaningfully involved in the creation and implementation of the institutional policies and practices that impact their lives.”

For more information on racial equity, and its applications in public policy, visit www.centerforsocialinclusion.org.

From the high-end boat manufacturers of today to the shipyards of centuries past, Beaufort County has long held a reputation... read more