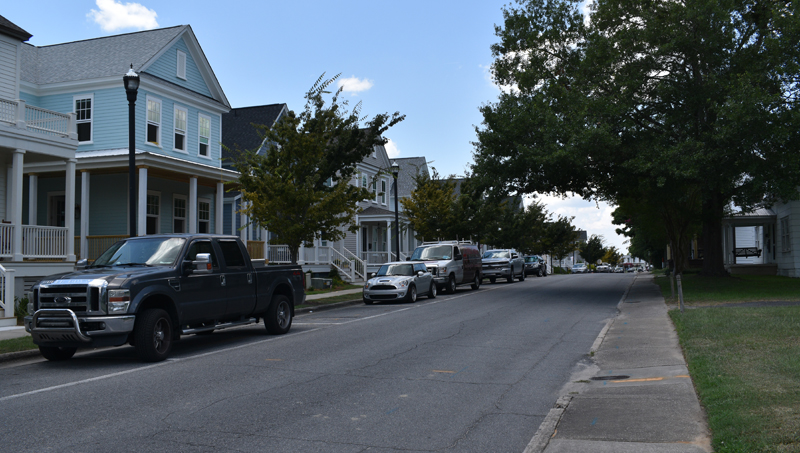 INFORMATION SOUGHT: Police say a man suffered broken fingers after being assaulted outside of his home during an armed robbery Tuesday morning on Water Street. (Matt Debnam/Daily News)

The Washington Police Department is investigating an attempted robbery and assault with a deadly weapon on Water Street.

According to a press release from the WPD, officers responded to the 400 block of East Water Street at around 5:20 a.m. Tuesday, regarding reports that a man had been assaulted during an attempted robbery.

Washington Police and Fire Services Director Stacy Drakeford said the victim suffered broken fingers during the assault and required medical attention. The victim was treated for his injuries at Vidant Beaufort Hospital, then released.

“He said it was two Black males who attempted to rob him, knocked him to the ground and hit him with a weapon,” Drakeford said. “What we’re doing now is checking personal cameras in that area to see if we can get a better description.”

According to a witness, the victim of the assault was watering his yard when the two men approached and demanded his wallet, which he did not have on his person.

The suspects are described as two Black males, between 18 and 22 years old, ranging in height from 5-foot-10-inches to six feet tall. Both suspects were wearing dark, hooded sweatshirts, according to the WPD.

In an update Tuesday afternoon, Drakeford said the suspects may also have been involved in two incidents on Harvey and East Main streets. One incident resulted in the theft of a laptop from a vehicle and the second was an attempted break-in of another vehicle.

“The additional incidents occurred in the 100 block of Harvey Street and the 300 block of E. Main Street,” a release read. “In a video, the suspects walked up on the porch of a residence.”

Drakeford says there was also a group exercising at Festival Park at the time of the robbery, and the WPD has reached out to see if they can provide additional information. The department is also seeking video footage from personal cameras in the area that might help identify the suspects.

Anyone with information about this incident is encouraged to contact the Washington Police Department at 252-946-1444.