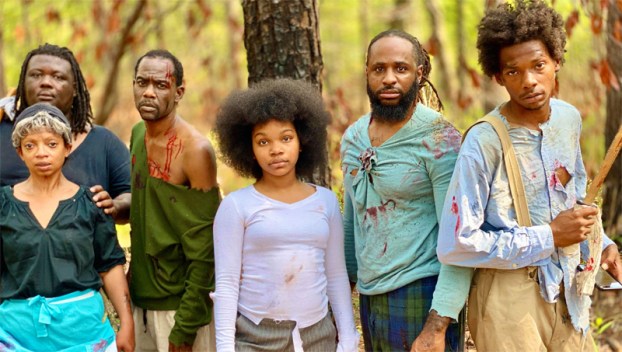 WINDSOR — It’s take two for an independent film that began shooting again last weekend after being delayed for months by COVID-19.

“Freedom of North Carolina” tells the story of a family escaping slavery in 19th century eastern North Carolina. Arriving in the mythical “Land of Regur,” they learn about their place in the overall story of African-American history. The film, which was originally set for a Juneteenth release date, features actors and actresses from Beaufort County and the surrounding area.

“When this particular family escapes and arrives in this land, that’s where everything changes — their mindset, their views and their perceptions of the world actually change,” film director James Jones said in a previous interview. “They understand who and what they are and the power that they all have.”

While production has been underway for more than two years, the closing of Somerset Place in Creswell amidst the coronavirus pandemic essentially brought the project to a halt. Because the site is a state historic site, the film crew couldn’t shoot there while state restrictions were in place. Last weekend, however, Jones says filming began yet again, this time at the historic Hope Plantation in Windsor.

“When all of the state parks were closed, we basically had to put a pause on our production,” Jones said. “Then we were told about the Hope Plantation in Windsor.”

Hope Plantation, constructed in 1803, was home to North Carolina’s 15th governor, David Stone. Originally part of an estate spanning 1,051 acres, the site today is managed by the Historic Hope Foundation, a nonprofit dedicated to preserving the plantation and allowing the public to experience its history.

In addition to telling the story of freedom seekers and reflecting on their place in African-American history, Jones says he hopes the films will bring attention to places like Hope Plantation, which offers visitors a chance to step back in time and understand the state’s history, including the impacts of slavery. 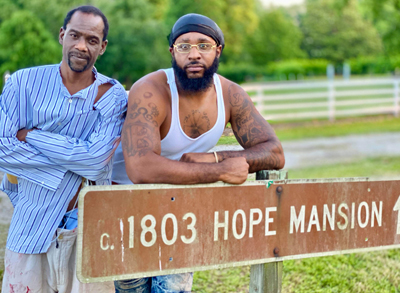 While the film’s events are fictional, they’re largely based on historical facts. In hosting the filming at Hope Plantation, docent Barbara Bowen says she and the rest of the team at the plantation are excited to play a part in telling the story of freedom seekers in eastern North Carolina.

“We do know there were freedom fighters in this area and over in Chowan County, also,” Bowen said. “There were slaves here during Gov. David Stone’s time, but unfortunately we don’t have any records or a lot of information. He died very young and didn’t have any personal records. We do have a Black History Month celebration here, that we didn’t get to celebrate, and we have an interpretation room and multicultural room. We also feature a lot on the Tuscarora Indians that were here in Bertie County also.” 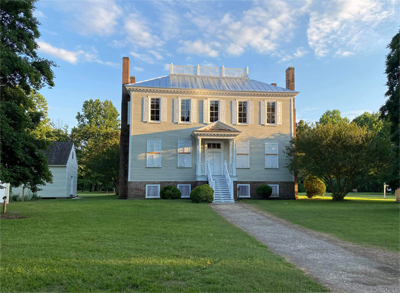 SETTING: Built in 1803, Hope Plantation was home to North Carolina’s 15th governor, David Stone. While the plantation has been closed during the COVID-19 pandemic, the site offers visitors a chance to step back in time to experience eastern North Carolina in the 19th century. (James Jones)

Throughout the pandemic, the plantation has had to cancel a number of events and temporarily close its doors to visitors. Bowen says as soon as state restrictions allow, however, the site will be ready to welcome visitors back. As for the film itself, Jones says he hopes to premiere “Freedom of North Carolina” sometime in October.

To learn more about Hope Plantation, visit www.hopeplantation.org. For more about the “Freedom of North Carolina” film, visit the production’s Facebook page @freedomofnc. Filmmakers are also looking for both adult and child extras from Beaufort, Bertie, Pitt, Lenoir, Nash counties and surrounding areas for the final scene of the film. Anyone interested in participating can reach Jones by email at Freedomofnc@gmail.com.

The number of confirmed COVID-19 cases in North Carolina continued to rise from 89,534 Tuesday to 91,471 Wednesday. There have... read more