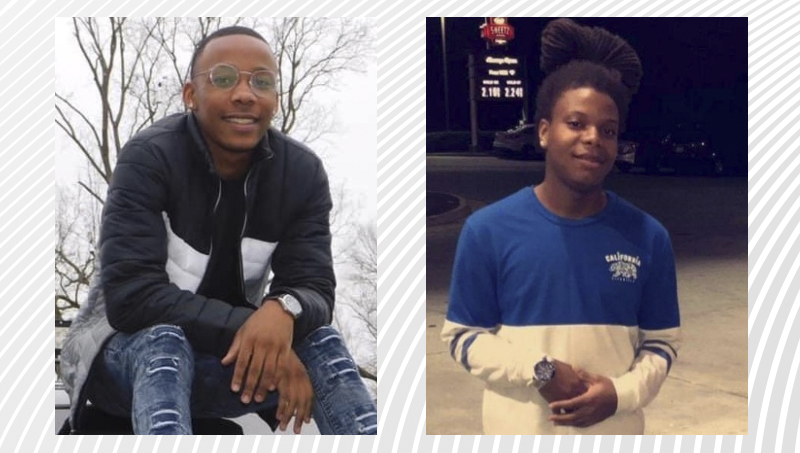 Friends and loved ones are remembering two young Washington men killed in an car accident near Knightdale this week. According to multiple media reports Tre’Shon Darrell Pope, 19, and Quartez Riheem Davis, 21, died Tuesday after their car crossed over the center median on Interstate 87 and collided head-on with another vehicle. The driver of the other vehicle, 26-year-old Yameer Greene, of Knightdale, also died.

Wednesday evening, friends of Pope and Davis gathered at the Cookout in Washington to remember the two, who were described as inseparable.

“Tre’Shon and Quartez, they were like brothers,” said Jadakys Ruffin, a friend to both. “Wherever Tre’ was, that’s where Quartez was. Wherever Quartez was, that’s where Tre’ was. They looked out for all the boys. Whether you were on good terms or bad terms, they were always there. Whatever they needed, they made it happen. They both had children and did anything they could for their kids.”

Another friend, Mitchell Cobb, remembers the men as fun-loving and adventurous, always ready to make others laugh and smile.

“Tre’Shon was the type of dude who was always on the go,” Cobb said. “He never wanted to sit down, always wanted to have fun and smile. He was always trying to go on an adventure. He was kind of the glue that held everyone we hung out with together. Quartez, he had a rough start but had started changing for the better. They were both really getting their lives together. They were some good guys.”

That’s a sentiment shared by Victoria Hamill, principal of the Beaufort County Ed Tech Center. While Hamill says she didn’t know Davis, Pope spent the last year of his high school career at Ed Tech before graduating in 2019. She recalls the pride she felt seeing him working in the community after graduation.

“Tre’Shon is another great example of a good kid who had fallen behind in school and came to Ed Tech to finish,” Hamill said. “He was a great student and an incredible person. He had the best manners and was an upstanding, hardworking young man.”

As of Thursday, funeral arrangements for Pope and Davis were incomplete.