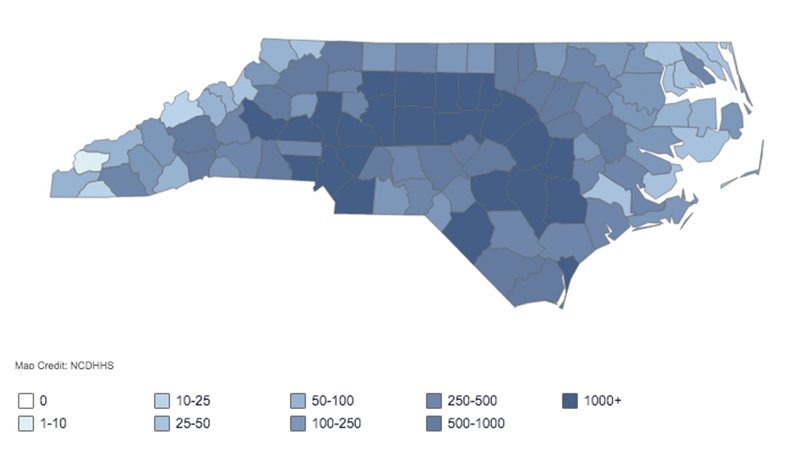 Beaufort County had a total of 363 confirmed COVID-19 cases as of Friday, an increase of nine overnight. There are currently 148 active cases in the county and seven people are hospitalized, according to the Friday update from Beaufort County Emergency Services and Beaufort County Health Department.

“Sixty of our total positives were asymptomatic at the time of their test,” the update reads.

128 cases are still under investigation.

The number of confirmed COVID-19 cases in North Carolina continued to rise from 120,531 Thursday to 122,298 Friday. There have been 1,942 deaths in the state attributed to the virus, an increase of 11 overnight. The state currently has 1,229 COVID-19 associated hospitalizations and 92,302 people are presumed recovered from the virus in North Carolina.

There had been 4,363 tests completed in Beaufort County as of Friday, with 3,810 negatives, 354 positives and 199 pending. These are cumulative numbers and include tests performed at the health department and reporting private medical facilities through the county. Nine of Beaufort County’s cases were tested in other counties but are Beaufort County residents. There were 837 tests conducted in Beaufort County last week, the update states.