Local success story offers a hand up to area students 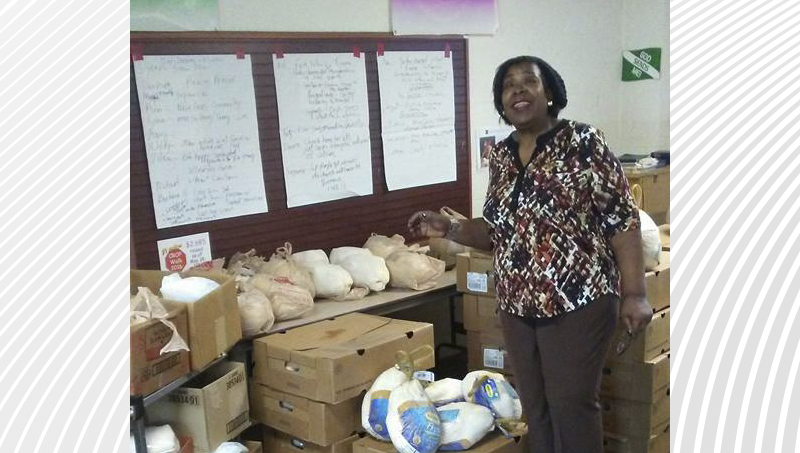 A woman who escaped the poverty she was raised in is now trying to open a door to accomplishment that may still seem unattainable for Black youth in Beaufort County. To that end, former Washington resident Josephine Parker Mourning is sharing a promising scholarship opportunity with local youth who want to achieve more in their lives than what they have now, with tools that would not easily be available elsewhere.

The opportunity for the Freedom and Empowerment Scholarship of Pearson Online Academy is open to any African-American student nationwide, specifically “students who demonstrate a passion for social justice advocacy and desire a flexible schedule to support their advocacy efforts.”

Parker Mourning, who grew up in Washington, says she lived in a shack for much of her youth. She will tell anyone who asks that, after her mother died, she was raised by her aunt and is still grateful for the loving discipline she got in that household.

“She raised 14 of us, and only one was actual family,” Parker Mourning said. “We worked the fields after school, picking tobacco, cotton and cucumbers. But my aunt was very strict about education because she didn’t know how to read or write, and she wanted more for me.”

Parker Mourning said she took a civil service test one day after her mother died. She was the only one in the testing group who passed, and was offered a government job on the spot.

“I am a success story out of Washington, North Carolina, and I know that opportunities like mine still do not come easily.  I want to share these scholarships with a student, or several students, in the Washington area,” Parker Mourning said.

She has worked in and around the Washington, DC, area since the day after graduating from Washington High School in 1973, but said she comes back to town at least twice a year because she loves Washington.

“Everywhere I go I tell people where I’m from. It’s a beautiful town,” she said.

Along with her position at a worldwide corporate law firm and her private practice as a real estate agent, Parker Mourning is also president of the Southern Christian Leadership Conference of Prince Georges County, Maryland. That SCLC chapter created the scholarship idea, coordinated it with Pearson Academy leaders, and will choose the 50 recipients. Those students will have access to Pearson’s full-time, fully accredited, NCAA eligible K-12 education. They will also be given a laptop and, if needed, a stipend with which to pay for WiFi at their homes. For those who get this scholarship and maintain Pearson’s academic requirements, their education will run through their senior year of high school, no matter what grade they are in when they are granted the scholarship.

According to Spencer Pilgrim, who is manager of Partnership Development at Maryland-based Pearson and creator of the scholarship, that prize is worth the $5,000 to $7,000 tuition charged every year for the online education programs of most private schools. He said SCLC was chosen to make decisions about scholarship winners “because of their civil rights legacy and the work they are still doing today, not only in our chapter but nationwide in the midst of a lot of the social justice issues currently in full view.”

Pilgrim added that, in addition to students with a heart for social justice and advocacy, scholarship applicants will also be chosen from those with “unique learning needs that would benefit from a fully personalized approach to learning, as well as students seeking a school-from-home option who might be fearful of returning to a traditional school model, either due to the pandemic or because they feel threatened as Black students in this current racially charged atmosphere.”

Keith Harris, assistant director of Zion Shelter and a former classmate of Parker Mourning, said he is not at all surprised that she is giving back to her home town in this way.

“She was always a caring person, always had a get-up-and-go about her. I had a lot of classmates who have had to use this (homeless shelter) and some of them, if they had had this chance, probably would not have ended up that way,” Harris said.

Submissions for the scholarship must arrive before Sept. 1, or when the spots are filled, whichever comes first, Pilgrim said, because several decisions have already been made. Winners will be announced weekly. More information is posted on Pearson’s scholarship link: freedomandempowermentscholars.org and includes scholarship application forms and instructions.