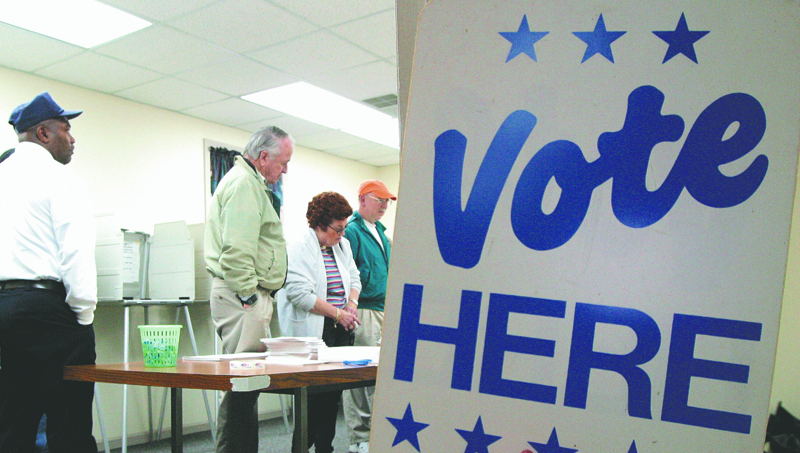 RALEIGH — A federal judge on Tuesday refused to order a wide array of changes to North Carolina’s election rules sought by voting advocacy groups worried about how COVID-19 could limit ballot access. But he told election officials they can’t reject mail-in absentee ballots unless there’s a way that voters can fix errors.

U.S. District Judge William Osteen said people turning in an absentee ballot should be told why it won’t otherwise count and be given a chance to address the problem. The issue is poignant this year as more registered voters are considering voting by mail to avoid the risk of contracting the coronavirus at traditional in-person voting centers and precincts.

Democracy North Carolina and the League of Women Voters of North Carolina, two plaintiffs in the case, presented evidence to Osteen showing about 15% of absentee mail-in ballots were rejected in the March primary. The number of requests for absentee ballots for the November election are currently several times above the request level four years ago.

The State Board of Elections is assembling an absentee voting guide that will lay out a procedure by which voters can correct problems. Osteen suggested such errors could include a lack of information about a person witnessing the absentee ballot or questions about a voter’s signature.

“An injunction against the rejection of any absentee ballots until such time as defendants implement a plan or procedure to address material defects will suffice,” Osteen wrote in granting a partial preliminary injunction at the close of a 188-page order.

Still, the decision will give relief to tens of thousands of upcoming voters, the League of Women Voters said in a news release late Tuesday.

“Now, even amidst all the uncertainty that the pandemic brings, voters can have assurance that their safely cast ballots will be counted in November,” said Jo Nicholas, League president in North Carolina.

Most of the demands by the plaintiffs, which include several voters, were denied.

They wanted the elimination of uniform early-voting hours, the traditional voter registration deadline 25 days before Election Day and the witness requirement. They also wanted a method for people to request absentee ballots by phone and to leave completed ballots in “no-contact” boxes. Osteen wrote he rejected the requests because the plaintiffs were unlikely to win their arguments on these matters at trial.

The General Assembly approved a law in June that attempts in part to make it easier to request mail-in absentee ballots, including turning in request forms online. There’s also money in the law for personal protective equipment at in-person voting locations.

Republican state Sen. Ralph Hise, an elections committee chairman, described the lawsuit as one that if fully successful, would have made it easier to commit absentee ballot fraud. “We’re glad a federal judge drew the line on these dangerous attempts to undermine election security,” he said in a release. Republican legislative leaders joined state officials as defendants.

Osteen warned that his denials should not be misunderstood so as to discount “genuine issues of concern” about the November election.

The election “is going to be a test of the North Carolina government’s thoughtfulness, adaptability and responsiveness to a rapidly changing environment due to the COVID-19 pandemic,” Osteen wrote.

Osteen did block some rules about voting in nursing homes involving a 91-year-old plaintiff who is blind and lives in a nursing home that currently prohibits visitors. To discourage fraud, state law otherwise restricts those who can assist nursing home residents in casting votes. A State Board attorney said late Tuesday these changes only apply to the plaintiff.