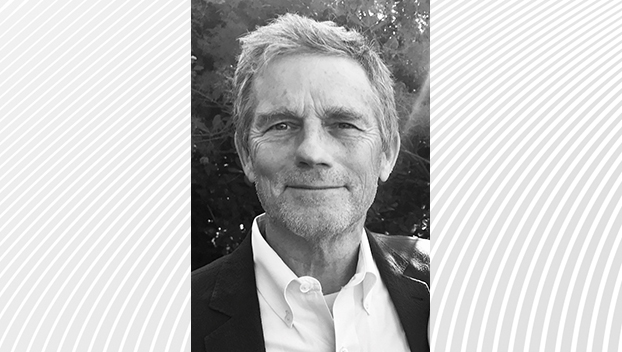 Warren Smith, resident of Washington, North Carolina, and previously of Chicago, Illinois, and Asheville, North Carolina, began his next journey on Aug. 10, 2020, long before expected, and, naturally, before sunrise, just as his many friends, neighbors and family would have expected.

Born June 28, 1946, to Mrs. Barbara (O’Malley) and Dr. Warren Francis Smith, MD, Warren grew up in Oak Park and River Forest, Illinois. There, he attended St. Luke’s Elementary School and Fenwick High School (Class of ’64), then the University of Notre Dame (Class of ’68). In 1969, Warren began a long career as a member of the Chicago Board of Trade, where he served as a Director of the Board, started his own commodities brokerage firm, Celtic, and made many, many wonderful friends.

A Renaissance man particularly averse to losing time to traffic or inclement weather, Warren began telecommuting between Asheville, North Carolina, and the Chicago Board of Trade in the early 1980s. With Asheville as home, Warren passionately embraced jogging countless miles on mountain roads, completing the Chicago Marathon in 1983. Warren was at home in the Blue Ridge mountains where he spent time with his greatest pride, his three children (with Virginia (McCauley) Smith), and with his friends, dogs and books.

In 2005, again seeking and finding a new (and smaller) town — he knew it was time when he was the third car in line at a stoplight in Asheville — Warren relocated to “Little” Washington, finding the joy of his Washington friends and neighbors, and the great love of his life, Rosie, his wife and best friend since 2007. In Washington, Warren enjoyed many and daily long walks — book in hand and mentally drafting his next letter to the editor.

Always inclined to “fill the unforgiving minute with sixty seconds’ worth of distance run,” Warren cared deeply and passionately for his family, friends, neighbors and many, many grateful dogs. He will be dearly and profoundly missed by all those whose lives he touched for the better — his heart and smile were generous and kind, and the sound of his laughter will long outlive him.

Warren is survived by his wife, Rosie; his daughters, Kate (Jon) Anderson (Zurich, Switzerland) and Suzanne (Justin) Williams (Atlanta, Georgia), and by his son and closest friend, Patrick (Salem, Oregon), and by Holmes (Karen) Lilley and Caroline Lilley; by his grandchildren, William Anderson, Jack and Tillie Williams, Izzy Smith and Beckham Lilley; by his only sibling, sister, Nancy (Tom) Campbell; and by many nieces, nephews and cousins.

The family invites those who loved Warren to join them for a socially-distanced (and masked) celebration of his life on Thursday, Aug. 13, at 10 a.m., at Riverside Drive in the Washington Park neighborhood of Washington. In lieu of flowers, please honor Warren by playing a practical joke on an unexpecting good sport or by a donation to the Humane Society of Beaufort County.

You may share a memory with the family by visiting www.josephpaulfdl.com.
Joseph B. Paul Jr., Funeral Director Licensee of Washington is serving the Smith family.