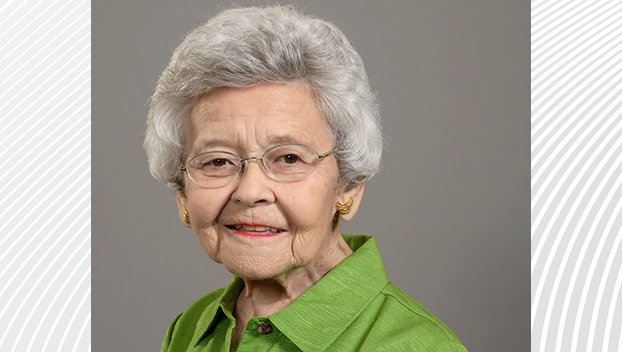 She was born March 15, 1933, in Washington. Louise, “Weezie,” was the daughter of the late Robert Jerome and Amelia Turner Dail, who died in 1966 and 1990, respectively. One brother, Robert Jerome Dail Jr., predeceased her in 1990.
She attended John H. Small and Washington High Schools, graduating in 1951.

She then attended Woman’s College (UNC-G) in Greensboro (1951-1952), before transferring to Rex School of Nursing, graduating in 1955. Her nursing career included; the O.R. at Maria Parham Hospital in Henderson, July 1955 – January 1956; private Labor Nurse for Drs. Ruark, Egerton and Greer, 1956-1966, where she assisted with many deliveries over the 10 years. She returned to Rex Hospital as a staff nurse in Labor and Delivery, 1966-1971, transferring to ICU, where she served as the Head Nurse of the Medical Intensive Care unit for 25 years. She retired from Rex after 30 years of service.

After retirement, she was busy as a volunteer at Rex, in the Breast Center and Pulmonary Rehab, plus active in the Mended Hearts organization, Reach to Recovery (American Cancer Society), Meals on Wheels, WCPE Radio and her church, Hayes Barton United Methodist Church, where she was an active member since 1957, as a Stephen Minister, Altar Guild, Visiting Friend, Communion Steward, Volunteer at the Reception Desk and the Chancel Choir. She sang in the Chancel Choir since 1963, played hand bells for 25 years, and sang in the Raleigh Oratorio (Master Chorale) for 25 years and the Raleigh Consort for five years.

She was happiest when doing something for someone else and was very devoted to her family and friends.

She loved to garden and travel, music, birds, especially bluebirds, flowers, cats and God’s beauty were so important in her life, but most important was her church.