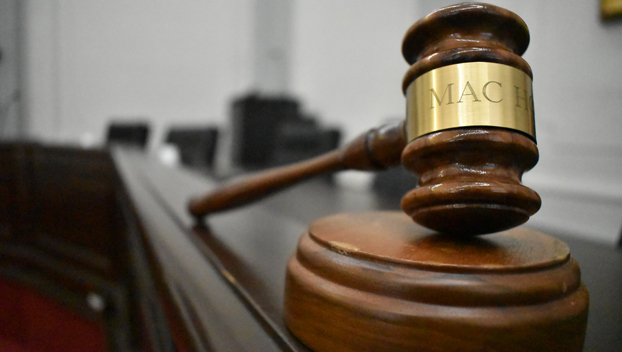 MAC’S PLACE: Washington Mayor Mac Hodges’ death leaves his seat vacant on the Washington City Council. The Council may nominate one of its members to serve as his successor as early as next month. That, in turn, will create a vacancy on the council, which can be filled in a variety of ways. (Matt Debnam/Daily News)

With the death of Washington Mayor Mac Hodges last week, the Washington City Council will soon name a successor to the position from its own ranks, leaving another vacancy to be filled on the council.

Washington City Manager Jonathan Russell says the process will likely begin with a special meeting of the council, where members will review the process of succession. The council would then likely appoint the new mayor at its regular meeting in September, he said.

“There are actually two actions,” Russell said. “The vacant mayor seat will be filled by an existing councilperson who will be nominated by council and voted on. That would vacate a council seat, at which point the council has a couple of options.”

Since Hodges was hospitalized in mid-July, Mayor pro tem Donald Sadler has acted in his stead, executing documents and leading the council’s August meeting. A long-time friend of Hodges, Sadler acknowledged that the council has its work cut out for it in naming Washington’s next mayor and a new councilman.

“My role hasn’t really changed that much (since Hodges’ hospitalization), because I spent a lot of time with Mac going over city business and meeting with the city manager,” Sadler said. “When he got sick, I continued that same role.”

If nominated by the council, Sadler said he would accept the role of mayor.

In terms of filling the vacant council seat, Russell said options include leaving the seat vacant, soliciting applications and choosing from a pool of candidates or appointing the first runner-up in the most recent municipal election.

In the case of the latter option, that would potentially mean a return to service for former councilman Roland Wyman. Wyman, who lost his seat on the council after a tie with Councilman William Pitt last November, said he has been asked about the possibility, but has made no firm decision whether he would accept the nomination.

“We may have a special-called meeting to discuss it and go over the logistics with the city attorney,” Russell said. “One of the hurdles we’re facing now is that when the new mayor is appointed, they’ll have to be sworn in as mayor. Because we’re meeting virtually, that presents another challenge.”

The question of mayoral succession is one the Washington City Council has had to address twice in recent memory. In both cases, council members acted unanimously and quickly to fill the vacancies.

In 1991, after the death of Mayor Samuel L. “Bud” Fowle, council members unanimously voted to appoint Councilman Floyd G. Brothers to fill out the remainder of his term. The council then agreed to solicit applications from Washington residents and conduct interviews of those interested in serving out the remainder of Brothers’ term.

In 2005, the question arose again, when Mayor Stewart Rumley stepped down from his position to fill a void left by the sudden departure of City Manager Steve Harrell. During the council’s March 21, 2005 meeting, the group accepted Rumley’s resignation, then nominated and installed Councilman Mickey Gahagan as mayor. Six candidates in turn applied for Gahagan’s seat on the council, which ultimately went to Richard Brooks, who has served intermittently on the council ever since.