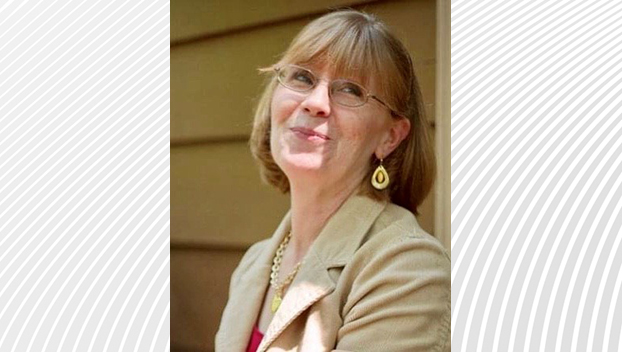 Marguerite Elizabeth Kinney, 66, of Washington, North Carolina, passed away peacefully Wednesday, Aug. 26, 2020, surrounded by her family at her home, following an extended illness.

Peggy, as she was commonly known since her childhood, was born Oct. 1, 1953, in Rushville, Indiana, to Robert Ross and Ruth Alberta Ross (née MacRae)

She was reared in St. Clair Shores, Michigan ,and Morristown, New Jersey, and received her education at Macomb College, Michigan.

In her early twenties, Peggy owned and operated a successful house and business offices cleaning and organizing service. She met and married William Lee Kinney, her husband of 44 years, on May 9, 1976, a mere three months after their meeting. Soon after his ordination as a Presbyterian pastor, she devoted her time to family, church and community concerns.

As a pastor’s wife, Peggy helped her husband add an additional 300 new young families to their church community. She served on church mission committees and was ordained a deacon. In the communities in which they lived, she devoted herself to the causes nearest and dearest to her heart — the eradication of racism and bigotry, poverty and illiteracy. When Hurricane Katrina struck and thousands of New Orleans’ residents of the hardest hit Ninth Ward were sent to cities for shelter and care, Peggy, who later became known as “Little Mama” to those she helped, immediately volunteered and within a week was asked to run the shelter, which led to a two-year commitment of service helping to settle and acclimate over 250 people and families into new homes and jobs.

With a passion for lifelong learning, Peggy became adept at a host of skills, from furniture making, tiling, remodeling and house design, as well as becoming a creative problem solver. She also was an avid student of literature, mathematics and even computers, turning those skills to good use when the decision was made to homeschool the children. Thereafter, she helped lead the charge in South Carolina and Arkansas to stop the elimination of homeschooling. Speaking on behalf of the state homeschooling association, she successfully confronted a committee of the Arkansas legislature by pointing out the state’s own assessment showed that every one of the 5,000 home-schooled students had scored in the top 5% of the mandated standardized tests given to all Arkansas students.

Peggy was and will always remain the heart, soul and center of her family. She loved everyone she met, no matter who they were, focusing instead on how they were. She readily adopted people wherever she was and never met a stranger. She embodied her Lord’s command to love others as we ourselves wished to be loved, and was humble to a fault. Being the unpretentious person she was, she would have hated virtually all of what has been written here. To which her family replies, “Sorry, Little Mama, but you always taught us to tell the truth. So, we have.”
Survivors include her husband, William Lee, of Washington; her three children, Daniel Lee Kinney and wife Chastity, of Washington; Maria Alexandra Langley and husband Richard, of Washington; Elizabeth Anne Coltrain and husband Brant, of Greenville; four grandchildren, Abigail, Montgomery, Theodore (Teddy), Valentina; two siblings, Bonnie Jeanne Curzio and husband Daniel Michael, of Chicago, Illinois; Robert Duncan Ross and wife Diane, of Old Fort, N.C.; and six nieces and nephews, Erin and husband Kevin Finson, of Baltimore, Maryland, Katie Curzio, of Chicago, Daniel Curzio, of Chicago, John Price, of Old Fort, Robert Ross, of Asheville, Timothy Ross, of Old Fort. She was preceded in death by her mother, Ruth Alberta Ross, and her father, Robert Ross.

Prayers for the family are appreciated. At her request, due to the COVID-19 pandemic, a memorial service will be coordinated to coincide with an extended family reunion at the family lake house in Tafton, Pennsylvania, once the crisis has passed. In lieu of flowers, the family requests donations in support of Open Door Community Center for homeless women and children at 1240 Cowell Farm Road, Washington, NC 27889 or the Purpose of God Annex at 1015 E. Sixth St., Washington, NC 27889.