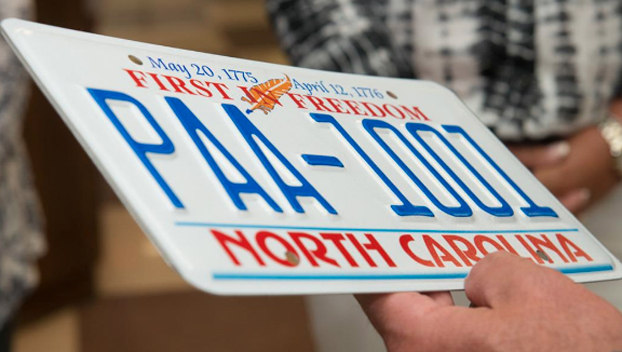 The City of Washington is hoping to open a new license plate agency for Beaufort County by the end of the calendar year, provided the North Carolina Division of Motor Vehicles can offer the trainings necessary to staff the agency.

“I would say it’s realistic to have it open by the end of the year,” said Washington City Manage Jonathan Russell. “We’ve had some positive discussions with the state, and we’re making some efforts to have it open.”

The hold up on opening the new location in Washington had mainly been due to the suspension of trainings by the North Carolina DMV because of the COVID-19 pandemic. Russell said he hopes to see those trainings resume sometime in October, which would position the city to move quickly toward opening the new agency.

“We’re hopeful for that, but we haven’t received any confirmation that they will be available for the training due to the COVID-restrictions,” Russell said.

While space for the new LPA may be incorporated into a new police station, which will replace the Washington Police Department’s headquarters on Third Street which flooded during Hurricane Florence, Russell says the city plans to use the former Select Bank location on the corner of Market and Second streets in the meantime.

“We’ve interviewed potential candidates and had discussions with them that we’re kind of in a holding pattern for staffing it,” Russell said. “We’re hopeful that some of the COVID restrictions we’ve been dealing with will loosen up soon.”

As of this month, the county now has been without a LPA for a year and four months, since the former location on Market Street closed in May 2019. A series of delays and false starts prolonged the process of finding a new vendor and location, until the city applied to run the agency last October.

“According to the DMV License Plate Agency Management team, we’re still looking at a few months away before the office in Washington will open,” DMV Communications Officer John Brockwell wrote in an email Thursday.

Beaufort County residents in need of license plate and registration services can visit www.ncdot.gov/dmv or visit locations in surrounding counties. Calling ahead is advisable before a visit, as hours and visitor protocols may have changed.