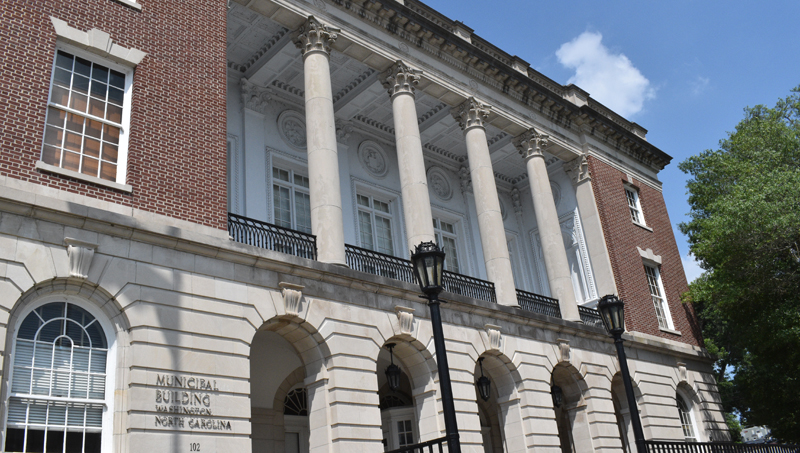 The Washington City Council had the opportunity to review a number of strategic goals set for the city this week during a special meeting held Thursday. Among the items discussed were addressing flooding and drainage issues throughout the city, progress on a new Washington Police Department building, improving pedestrian and bike connectivity, finding ways to improve broadband accessibility and promoting economic development throughout the city.

Washington City Manager Jonathan Russell says the conversations Thursday will guide the efforts of city staff in the coming months, as well as help set priorities for the 2021-22 fiscal year budget.

In some specific areas of Washington, flooding continues to be a persistent issue, both during hurricanes and heavy rain events. The recent award of a $3 million grant from the Golden LEAF Foundation, however, will help address some of those problems in the vicinity of 15th and Brown streets, which will have a trickledown effect for those living and working in the Jack’s Creek Basin.

“We’re just now getting into requests for qualifications for engineering and design, and we have some of the preliminary scope,” Russell said. “We know roughly we’re going to do it and what the process will be, but to create the final construction documents will take three-to-six months before we can put it out to bid.”

In recent months, efforts to build a new headquarters for the Washington Police Department have stepped into high gear. City council recently approved preliminary designs for the new building, which will be located on property bound by Bridge, Third and Second streets. According to a presentation from Mosley Architects last month, the project could be ready for construction in the next six months.

“The police station is moving forward, and it will be a priority to move that forward in the next six-to-18 months, and get that to completion so they can have a new home,” Russell said.

Another major project ahead for Washington is an effort to improve pedestrian and bike connectivity throughout the city, from adding and improving sidewalks to looking at improvements such as bike lanes and pedestrian traffic measures. In 2014 and 2016, the city worked with the NCDOT and Mid-East Commission to develop comprehensive bicycle and pedestrian plans, parts of which have been implemented sporadically ever since.

In the long-term, Russell says the city would also like to be part of the solution when it comes to increasing broadband accessibility both in the city limits and beyond — an issue that has been underscored by remote learning and teleworking demands during the COVID-19 pandemic. While Russell said the city wants to help with that, the reality is that legislative changes may be needed to foster competition among providers.

“There is a lot of legislation in place to help protect a lot of the private providers,” Russell said. “We just really want to make it a more competitive market with some different options to help improve service delivery. I’m fairly certain that we, as a city, don’t want to get into the internet provider business. But we would like the market to be more competitive where we could allow other providers within the area and even recruit other sources from outside the area.”

Finally, a focus on economic development throughout the community, which is inclusive of the city as a whole, is also on the list of priorities for the council. Russell says that means looking at traditional retail corridors, vacant buildings throughout town and partnering with Beaufort County Economic Development in that effort.

“We’re trying to make a holistic approach, from a city standpoint, to look at the whole city, improving all areas, and not just focusing on one particular geographic area,” Russell said.