High school football is back 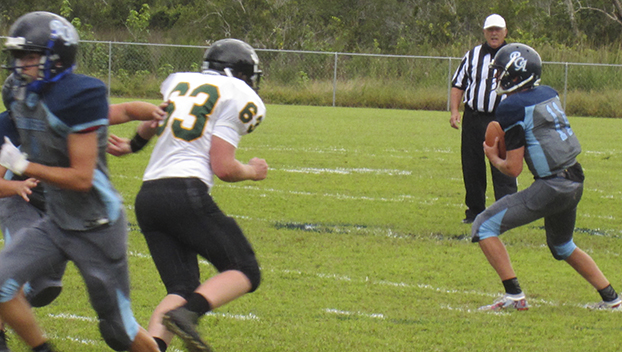 The first football game in Beaufort County this fall kicked off in the rain Friday afternoon as Pungo Christian Academy routed Lawrence Academy, 48-8 at R.H. Bishop Athletic Field in Belhaven.

While the county public schools will start their COVID-19 delayed season in the spring, the private schools, most of whom play the eight-man version of the sport were given the OK to begin playing Friday.

The atmosphere was much different than usual. No fans could attend, so it was easy to hear the pads pop and conversations on the field. Coaches and other essential personnel needed to make a football game happen were required to wear masks and stay socially distant.

Junior newcomer Fortino Beltran made the most of his Raiders debut with four touchdowns running and receiving with a fumble recovery and multiple tackles on defense thrown in for good measure. 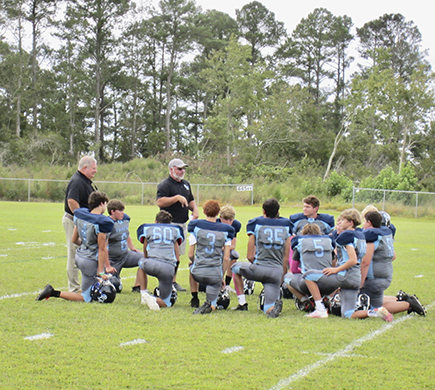 His best run came with two minutes to play after Josh Reynolds’ second of back-to-back interceptions stopped a Warrior drive.

One play later, Beltran took the handoff and ran to the right sideline near his bench. Nothing but white opposing jerseys were there, so he cut back left, ran across the entire field, then turned down the far sideline into the end zone for a 43-yard scoring jaunt.

“I didn’t know he was going to run 300 yards all across the field before he scored,” said Pungo coach Stacey Keech. “We were trying to kill the clock and get out of the rain, but nobody could tackle him.”

Beltran totaled 178 on his four scoring plays and finished with more than 200 total yards. Quarterback Tristan Mann scored a pair of touchdowns rushing and threw two scoring passes to Beltran. Dylan Simmons also found the end zone for the Raiders, who led 20-8 at halftime.

“We’ve been practicing since late July, so it was great to finally play a game,” said Keech. “We looked a little rusty in the beginning, then improved as we went along.” 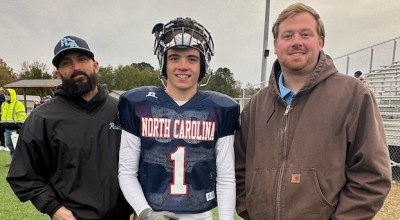 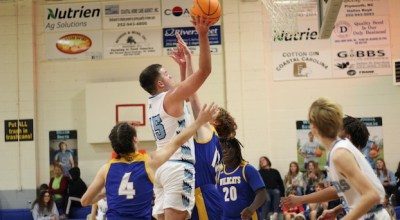