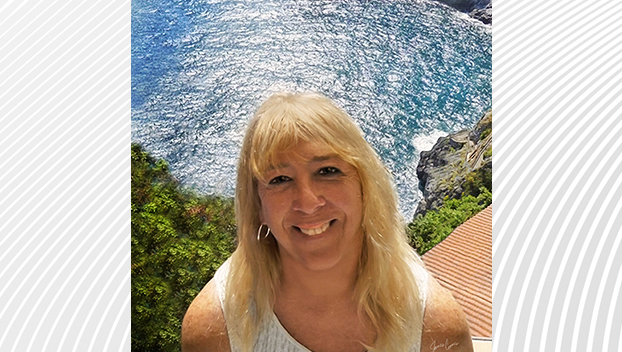 From childhood, Judy had an affection for turtles of all types, rescuing and rehabilitating many. She also had pet ferrets she cared for a great deal. Judy’s first car was an Austin-Healy bug-eyed Sprite convertible and throughout her life, she never lost the love of driving a fast sports car with the top down, even in winter. She still has “my girl,” her Mazda Miata convertible she named Sydney.

Judy attended Washington High School, where she applied herself and graduated 23rd out of 263 in her Class of 1971. She was determined to travel from a young age, and after graduating college from UNC-Charlotte, joined Eastern Airlines where she worked in a dream job and traveled constantly for many years. After Eastern Airlines dissolved, Judy continued her desire to travel by going on to work for Mann Travel, Bank of America and the Centers for Disease Control in Atlanta, as well as Lockheed Martin on the F22 Raptor program and several private firms. She concluded her career in Las Vegas before moving back to North Carolina.

She loved boating and being on the water and was part of a several large boating communities in Charlotte’s Lake Norman area and Atlanta’s Lake Allatoona, both where she made lifetime friends. Unknown to most, Judy had a master captain’s license, and at one time, she was even a stand-up comic.

Following the untimely death of her husband, Tom, in 2016, Judy returned to Washington and refreshed with family, old friends, classmates and gained many new friends. Suffering reverses in her life and career, Judy immediately reinvented herself and was soon moving forward, as she always did. Judy was outgoing, positive, organized, driven, committed, extremely loyal and selfless, and inspiring with her sweet and loving nature. She was a prankster and had an infectious laugh.

After retiring and returning to Washington, she met Greg, her loving companion. Together they shared her love of travel and went on multiple cruises in the Caribbean; spent a month in Italy; visited Rome, Florence, Tuscany, Venice, Naples, Pompeii, Paestum and Capri; climbed Mt. Vesuvius, and spent lots of visits in her favorite places along the Amalfi coast —  always while watching the sun set over Capri. We cannot forget her favorites, gelato and delizia al limone, yum, as Judy would say! Never letting “grass grow under her feet,” she was always adventurous and ready to learn and try new things, including skydiving tandem from 9,000 feet over Manteo on her birthday in 2018 and riding in a sailplane for her birthday in 2019. She cruised the waters of the intracoastal waterway, the Pamlico sound and river, took dancing lessons and learned to make a Charleston sweet grass basket.

Judy will leave behind a void that cannot be filled, for those who knew and loved her. Leaving to cherish her memory, are her daughter, Deanna Tate Robbins, and grandson, Tyler Robbins; sisters, Glenda Boyd Woolard and Janice Boyd Tyson; and companion, Greg, along with many extended family and friends.

They will receive friends in a relaxed and upbeat revolving visitation from 2 p.m. to 4 p.m. on Sunday, Sept. 27, at Washington Funeral & Cremation, Hillside Chapel.

Judy sends her love to Rebecca, Melissa and Ron, Peggy and Larry, Ken and Nancy, Art, Dave, Doug, and her favorite cousin, Diane. Thank you, Dr. Kooby, for helping Judy throughout 14 years of fighting cancer. Without your help, more people would not have been touched by the joyous light that was Judy. She is surely back home now with her beloved daddy, family and friends, who have been waiting anxiously for her to brighten their spirits, as she did for ours.

Farewell, Turtle Lady. Bon Voyage, Judy. Now on to your next great adventure!