‘Ride for the Rivers’ a new take on fundraising 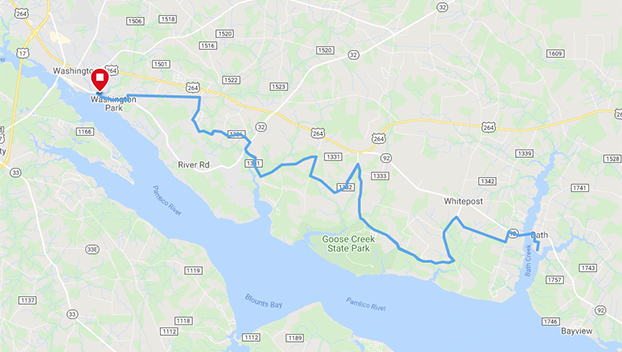 ROUTED: Three routes of 14 miles, 24 miles and 40 miles are the options of the inaugural 40-40-40 Ride for the Rivers, a new cycling event held in honor of Sound Rivers’ upcoming 40th anniversary. The $40 entry fee purchases a one-year membership to the grassroots environmental advocacy organization based in Washington. (Sound Rivers)

Supporters of local waterways are taking to two wheels Saturday for a new fundraiser.

“40-40-40 Ride for the Rivers” will bring cyclists from across eastern North Carolina together to ride the back roads of Beaufort County, raising money and awareness for the nonprofit Sound Rivers.

The Ride for the Rivers pairs miles with membership: $40 covers entry and a year-long membership in celebration of the 40th anniversary of the grassroots organization that began its life as the Pamlico-Tar River Foundation in 1981. In 2015, PTRF merged with the Neuse River Foundation to provide education outreach and advocacy for healthy waterways across eastern North Carolina.

40-40-40 Ride for the Rivers offers three routes for all levels of cyclists: a 14-mile, guided route circling Washington; a 24-mile ride to Dinah’s Landing in Goose Creek State Park and back; and a 40-mile trip to historic Bath and back for cyclists looking for a challenge.

The new fundraising venture stemmed from members of the Sound Rivers Board of Directors brainstorming ways to raise money in the absence of the organization’s signature event — the annual oyster roast.

“I think every nonprofit, just like with every business — everyone is dealing with the new realities of COVID, and we’re trying to find new ways to continue to be engage with the community and engage with people around our mission,” said Heather Deck, executive director of Sound Rivers. “We were looking at ways we can recoup that loss. I thought this is great idea and a fun play off the 40th anniversary coming up.”

“The oyster roast is our big fundraiser, and that was a huge financial hit for us to have to cancel that this year. So, as board members, we discussed what we could do individually to get more members — how to tap into our resources locally,” said Betsy Hester, a Sound Rivers board member and the Ride for the Rivers’ organizer. “I just felt like it would promote Washington and promote Beaufort County and keep people in touch with Sound Rivers. We’ve gotten almost 40 members out of this, so far.”

Hester said Ride for the Rivers a safe option for fundraising, and it’s a great way for people to spend a little time together, but apart.

“As much as anything, it’s about the human contact,” Hester said. “We looked at all sorts of possibilities, but on bikes, you’re social distancing. It’s doing something that we love to do, and doing it safely.” 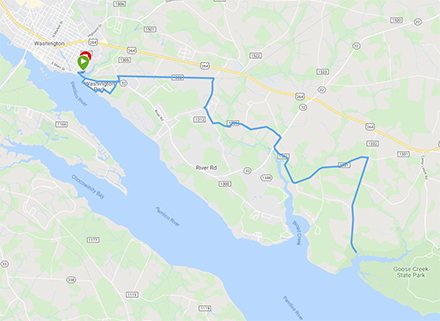 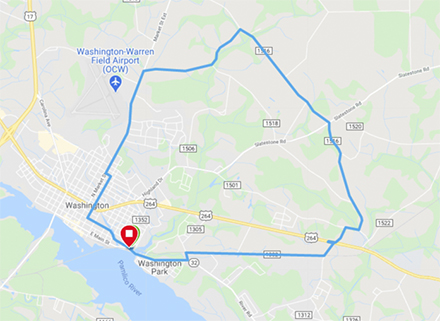