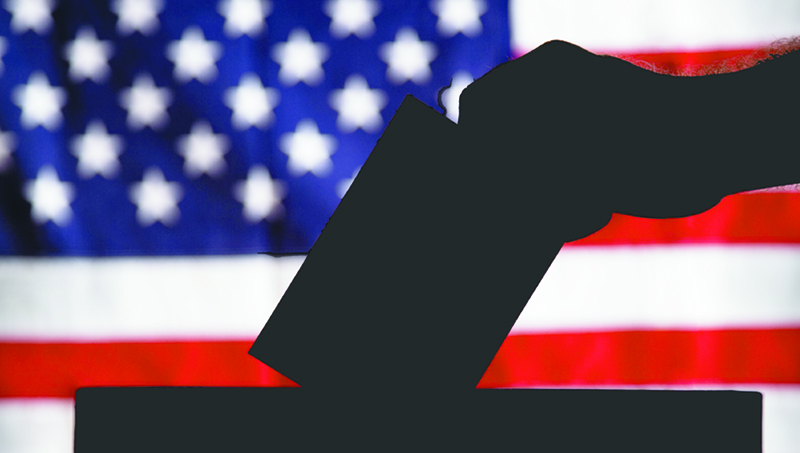 A month from Election Day 2020, the staff at the Beaufort County Board of Elections is hard at work preparing for the first day of one-stop early voting, now less than two weeks away.

Last month, the BOE was looking for additional poll workers to help staff voting sites, and for now, Hopkins says she thinks they’ve filled that need. Despite doubts being cast on the process at the national level, Hopkins says most of the potential issues being spotlighted by the national media do not have bearing in North Carolina.

“I would ask voters to educate themselves on the processes we use here in North Carolina,” Hopkins said. “A lot of this information is coming from national news sites, but elections are not federalized. How we do elections in North Carolina is not the same as every other state. … I think people would not be as worried about it if they knew all the safety measures we have built in.”

Already, Hopkins says there has been a tremendous increase in requests for absentee ballots in Beaufort County, partially from a desire to avoid potentially crowded polling places on Election Day and during one-stop voting. In some cases, voters have already received those ballots and returned them to the BOE.

“We do accept absentee ballots that are postmarked by Election Day, so if you mail it the day before and it comes the day after, we count that,” Hopkins said. “That has always been the case. Then the provisional (ballots) come in from the polling places. So, by the time canvass comes around, we will be adding late absentee ballots and provisionals. That has always happened, and we may have more this time. … I think most people want their ballot here quickly.”

Over the course of the next several weeks, Hopkins says the Board of Elections will feed the ballots already received into tabulation machines during their regular meetings. The results of those tabulations, however, will remain unknown until Election Day.

The deadline to request an absentee ballot is Oct. 27, and they must be postmarked by Nov. 3 or returned in person by 5 p.m. that day to be counted. Absentee ballots may be requested online at votebymail.ncsbe.gov, then tracked through every step of the process at northcarolina.ballottrax.net.

Oct. 15 marks the first day of one-stop early voting in Beaufort County. While sites in Washington and Chocowinity will be open for the entire duration of the 16-day one-stop period, excepting Sundays, sites in Aurora and Belhaven will open their doors starting Oct. 24. The last day to vote during one-stop voting is Oct. 31.

During one-stop voting, polling places at the Beaufort County Board of Elections, Chocowinity Fire Department, the John A. Wilkinson Center in Belhaven and the Aurora Community Building will maintain regular hours from 8 a.m. to 7:30 p.m. on weekdays, and from 9 a.m. to 7 p.m. on Saturdays. The only exception is Oct. 31, when polls will be open from 8 a.m. to 3 p.m.

Voters can register and vote at the same time, provided they show a North Carolina driver’s license, a government-issued photo ID, a copy of a current bill or document proving residence.

Precincts throughout Beaufort County will open their doors to the public beginning at 6:30 a.m. on Election Day, Nov. 3, then close at 7:30 p.m. The deadline to register to vote on Election Day is Oct. 9. For full details on how to register, visit www.ncsbe.gov.

Additional details regarding polling places and other voting information can be found in the Washington Daily News 2020 Election Guide, which will be included with the Oct. 17 issue of the newspaper.

Oct. 9 — Deadline to register to vote on Election Day

Nov. 3 — Election day, last day to drop off or postmark an absentee ballot

Nov. 13 — Board of Elections canvass meeting