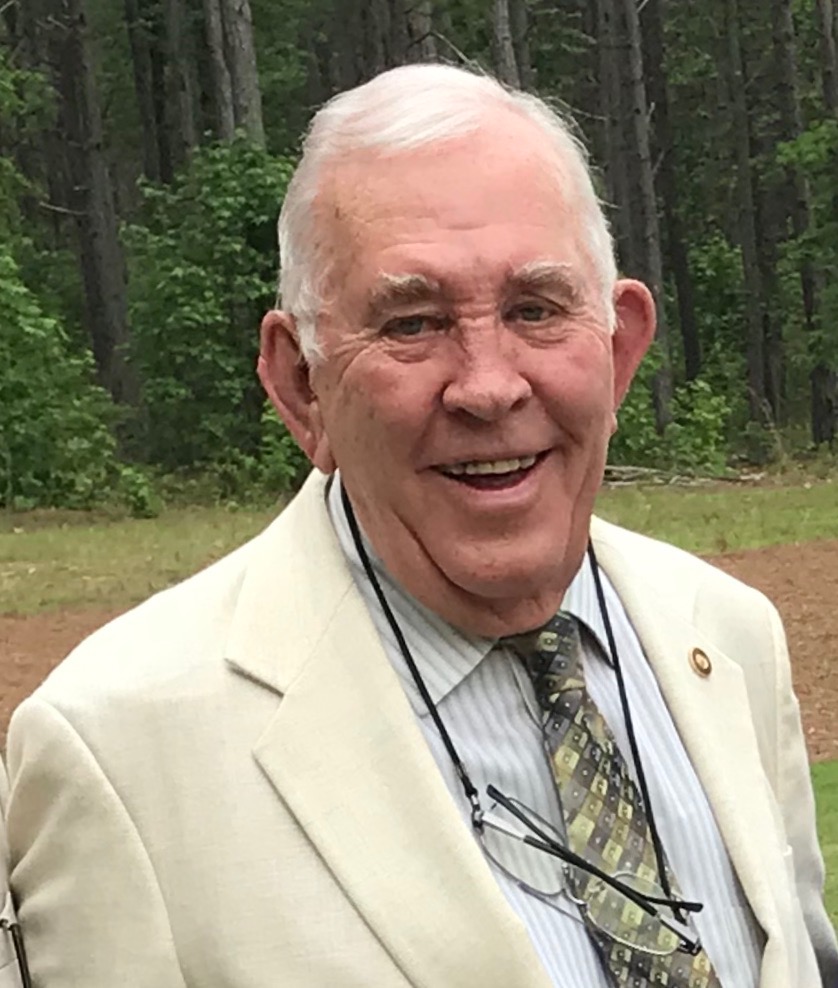 Larry Eugene McCullough, aged 85, passed away Wednesday, September 30, after a long battle with cancer. He was surrounded by his wife and children. Born and raised in Mocksville, North Carolina, Larry spent his retirement years with his wife enjoying life on the shores of the Albemarle Sound.

Delivered in the front bedroom of his grandparents’ home, Larry was the son of the late James and Mattie Sue McCullough. When his father was killed in a motorcycle accident, Larry, only four, and his two younger brothers went to live with his paternal grandparents, Ada and Granville McCullough, and their adopted daughter, Peggy.

Larry graduated from Cooleemee High School in 1956, and soon thereafter enlisted in the United States Marine Corps. During his final posting in Richmond, Virginia, Larry met the love of his life, Ann Pate. The two were married there, and after an honorable discharge – and two children – Larry and Ann returned to North Carolina. Soon after the birth of their third child, Larry became the second employee hired at Ingersoll Rand. The year was 1965. During his early years with the company, Larry earned an associate degree from Salisbury Business College.

Larry is survived by many dear friends, none dearer than his wife of 62 years, Ann. Also surviving are his loving children, Stella Green (husband, Danny), Lonnie (wife, Sheila) and Chris (wife, Lynn). Larry doted on his beloved grandchildren, Mac, Thomas and Sam Jackson; Spencer, Georgia and Grace McCullough; and Willem, Margaret, John and Patrick McCullough. Larry is also survived by his brothers, Delano (wife Priscilla), and Joe (wife Carolyn), along with many nieces and nephews. He is preceded in death by his first wife, the late Betty Jean Hamilton.

Memorial services will be held at a later date due to concerns caused by the COVID-19 pandemic. Those wishing to make memorial contributions may do so at https://semperfifund.org.