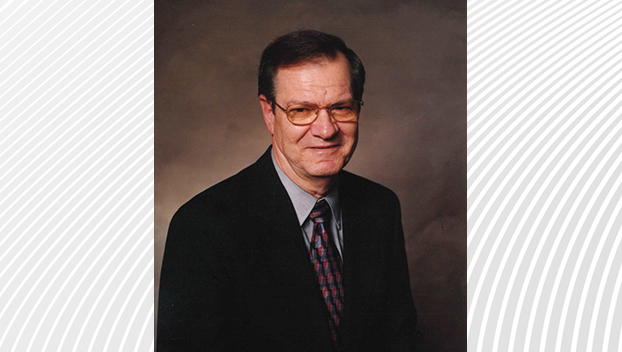 He was born July 1, 1942, the son of Troy Lane and Naomi Phipps Lane Hall. He married Hilda Alligood Lane on Aug. 23, 1964. A funeral service will be held 2 p.m. Saturday, Oct. 17, 2020, at Rosemary Church of Christ, conducted by Mike Caton. Burial will follow in Pamlico Memorial Gardens, conducted by Tim Stampler. Pallbearers will be current and past Rosemary Church of Christ board members.

Troy was preceded in death by his father, Troy Lane, and his mother, Naomi Phipps Lane Hall; his stepfather, Garnett Hall; and sister, Cheryl Ann Warren. He is survived by his loving and devoted wife of 56 years, Hilda Alligood Lane; sons Timothy Lee Lane, Jonathan Ray Lane and wife Daina Chesson Lane; and granddaughter, Abigal (Abby) Rae Lane, of Washington; one brother, Jimmy Maynard Lane, of Wilmington; and a brother-by-another-mother, Mike Gillis, wife Genevieve and sons Scott and Chris and wife Nicole, of Washington; a brother-in-law, James Warren and wife Teresa, of Richlands; a niece, Tia Lane Brainard and husband Todd, of Kihel, Hawaii; nephews, Tad Lane of Wilmington, and Jay Warren and Matthew Warren, of Richlands. He was a devoted husband, father, grandfather, brother, uncle, and friend. Troy loved his family and friends, but most of all he was a Christian and loved his Heavenly Father.

Troy began his career in high school, clerking at Jimmy’s Newsstand. In the “good-ole days,” many high school students worked downtown after school and walked to work together. “It was the best of times with the best of friends in the best of places.” He enjoyed those days, learning how to conduct business with all customers, local merchants, city officials and professional people whom became friends for life. One day someone came in and said, “if you want to see the old city market [Dudley’s Fish Market] you better come quick.” Troy stepped outside in time to see the front façade demolished and the Market Street namesake was gone. He remembered the busy Saturdays when many people came to town to shop. He remembered some hot days when the windows of the old Court House were open and he could hear two prominent lawyers presenting their closing statements.

Troy graduated from Washington High School in 1960 and entered East Carolina College, where he worked in the lunch room and ate “real good” for four years. During the summers, he worked at National Spinning in the maintenance department. He graduated from East Carolina College (University) in 1964 with a BS degree in Accounting and Secondary Teaching and continued working at National Spinning in the accounting department for two years. He then taught Distributive Education at Williamston High School two years before going to work at Weyerhaeuser Co. for 17 years as a management accountant. He worked three years at Hackney and Sons in Washington and Loadmaster in Culpepper, Virginia, as accounting manager, followed by 10 years as Controller for Bonny Products before it closed. He finished his career as a workforce development financial analyst at the Mid-East Commission for 11 years, retiring September 2013. During his career, he met many co-workers who became friends for life.

During his middle age years, he enjoyed coaching youth league baseball and serving as a Boy Scout master. He was proud to earn his wood beads and was Scout Master of the Year 1984. He often said, “If you want to stay young, surround yourself with young people. They are more enthusiastic and positive and unlike us older people, they don’t mind change.” Troy loved to read, study and teach the Bible.

When Troy was asked how he would like to be remembered, he said, I tried to follow the example of Christ: He grew in stature and in wisdom and found favor with God and man. The family would like to thank Dr. Richard Young, Dr. Michael Crawford, Dr. Michael Lobos, Dr. John Inzerillo, Dr. Robert McLaurin and their staffs, as well as all the staff at the Marion Shepard Cancer Center for their loving and professional care during Troy’s illness. Flowers are appreciated; however, contributions can be made to: The Marion Shepard Cancer Center Foundation, 1209 Brown St., Washington, NC, or to Rosemary Church of Christ Building Fund, 5226 Slatestone Road, Washington, NC.

Paul Funeral Home & Crematory of Washington is honored to serve the Lane family.