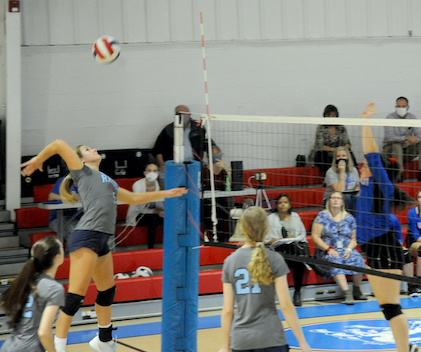 PCA (12-0) is making its third straight trip to the 1A tournament, having lost in the third round the past two seasons. The Raiders will host Community Christian of Wilson (2-8) in Tuesday’s first round. Meanwhile, the unseeded Knights are making their first appearance in at least 10 years with a trip to Elizabeth City to face Tar Heel Independent Conference foe The Albemarle School (9-4), which drew the third seed.  The winner will face the Pungo/Community Christian winner in Friday’s second round.

15 teams are competing in the 1A tournament, seven in the West and eight in the East. It’s the first time the tournament has been divided into East and West and there are no more double-byes, where the top seeds advance to the semi-finals without playing a match.

“This is the highest seed I can remember us having,” said PCA coach Melanie Eddleman, who attended Pungo from kindergarten through 12th grade before coming back to teach and coach two years ago. “We don’t know much about Community Christian, since we weren’t allowed to play any non-conference matches. We are excited to play at home and we’ll work hard in practice Monday to be ready to go.”

Terra Ceia finished fourth in the TIC, with two losses each to PCA, Albemarle and Ridgecroft, who is also in the state tournament. “Our team has endured a lot this season, yet we’ve made it a successful one.” Knights coach Jamie Van Essendelft said. “Our girls have missed their home fans a lot, but we’ve adapted. The girls feel blessed to be able to a have season and know it’s an honor to play in the state tournament. They work hard and play well together, so it’s fun to keep it going. We are familiar with Albemarle, so we know we have to bring our game.”

Meanwhile, the Raiders have dominated their opponents so far, dropping just one set in 12 matches on the way to their fourth straight conference title. Sophomore outside hitter Reagan Stoop is the conference player of the year and joined teammates Riley Cutler, Emma Williams and Haley Elliot on the all-conference team.

“I’m proud of what we accomplished during the regular season and I know we’ll work hard to get the job done in the tournament,” Eddleman said.