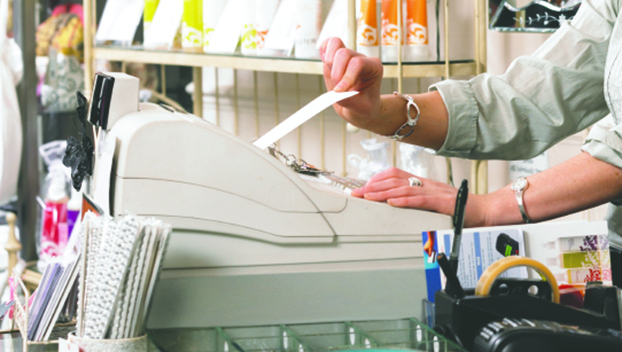 It might come as a surprise, or maybe even a shock, but business is booming in Beaufort County. At least for some.

Each of North Carolina’s 100 counties gets a check every month from the state Department of Revenue for their share of the tax collected on sales. It takes three months from the time the actual sales happen to the time each county gets the check, so this month’s was for July sales, September’s was for June, etc.

Despite the COVID-19 pandemic, four of the last five checks written to Beaufort County were the among the largest since the county started keeping monthly records in 2014.  Only December 2018 and 2019 were larger revenue producers than the ones received for sales in March, May, June and July of 2020.

The county received 1,062,286.33 from the state for June sales, which is the largest on record. Since monthly sales tax revenue averaged 666,964 for fiscal year 2015-16 and has trended steadily upward, it’s unlikely one million dollars in a month came in before now.

“We can’t actually call it a record, because we don’t have the hard numbers to prove it, but I think it’s a safe bet that June was the biggest month for sales tax collection we’ve ever had,” Beaufort County manager Brian Alligood said.

Alligood has several theories to explain the seemingly strange set of numbers while many businesses have been closed to slow the COVID spread and many people were laid off or furloughed.

“I think the federal stimulus package has made some difference,” he explained. “It’s hard to know for sure and points out the clear inequities between large and small businesses. These numbers probably come as a surprise to some of our local smaller operators who are struggling. It’s hard to collect sales tax when you are closed. Some sectors are surging while others are really hurting.”

Alligood points to big ticket items like boats, automobiles and home improvement projects that have helped keep the economy going.

‘I’ve heard that some of our boatbuilders in the county are backed up for months,” he said. “Much lower interest rates have helped people finance new and used cars. Just drive by the Loewe’s parking lot on a weekend and you’ll see how busy they are. People have used the extra time at home to start on building or renovation projects they had been putting off. Wal-Mart stayed open all summer.  At the same time, I feel bad for our small business owners. Hopefully, completing the Streetscape project soon to open Main St. for the holidays will help our downtown Washington shop owners recoup some of their losses.”

While happy about the recent upward revenue trend, Alligood cautions that the county can’t go on a spending spree just yet.

“It helps us because we know we can keep providing services at the current level and not have to lay off or furlough our workers,” Alligood said. However, we also know we can’t count on getting a million dollar check every month. It’s not sustainable and we know there is a correction coming at some point. We will continue to allocate these funds wisely and try to keep the momentum going.”