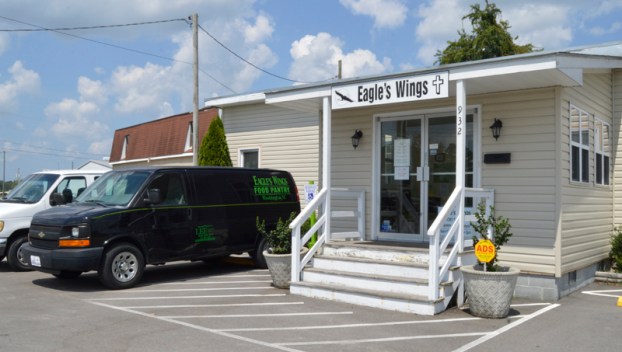 Two grants add to food security on south side

Eagle’s Wings’ satellite food distribution site in the Aurora-Edward-Blounts Creek area has been awarded two grants to assist in feeding those in what’s known as a “food desert.”

The first, for $10,000, comes from the Louise R. Lester Foundation, a nonprofit based out of Roanoke, Virginia, that assists nonprofit religious, scientific, literary, humanitarian or educational organizations in areas of need not usually served by the local charitable community.

“When we started our satellite operation three years ago, I know they were one of our first donors of the operation. They came and helped with distributions and saw that people were getting really healthy and whole foods, not just cans,” said Eagle’s Wings Executive Director Ann-Marie Montague. “They’ve been a wonderful support. Even though they’re up in Virginia, they still care about Beaufort County.”

“The budget for the satellite site is $40,000. Between the two (grants) we now have the majority of the budget,” Montague said.

The support of the community, along with such grants, has provided Eagle’s Wings with the funding to not only start food distributions on the south side of the Pamlico River, but to help establish a food bank, in partnership with the grassroots organization Citizens on the Southside Together.

“They have become full-fledged food bank, affiliated with Food Bank of the Albemarle,” Montague said.

What this has allowed Eagle’s Wings to do is focus on certain areas with greater need — now monthly distributions are being made in the community in the Mallard Creek-Fischer Village area and at New Growth Unlimited Ministries on Peedtown Road.

“We find that if we go out into these pockets that people are living, it is more effective,” Montague said.

While COVID-19 is having a greater impact on food banks and supplies in more urban areas, Montague said government programs have worked to fill the needs in Beaufort County.

“We’re seeing a lot of new people, however, the numbers don’t reflect that because the USDA, the federal government, has stepped in with increased food stamp benefits, and (increasing) what we have been giving out because the government has bought surplus from farmers, lots of produce,” she said. “I know the USDA is taking care of the children through June 2021 with free meals, but once all these programs stop, it could be much more difficult for people.”

Montague said she is grateful for generosity of the NCCF and Louise R. Lester Foundation, in addition to the people and churches of Beaufort County that have been supportive of Eagle’s Wings.

“Our purpose is to help people — we’re all partners in addressing hunger and food insecurity in Beaufort County,” Montague said.

The City of Washington is encouraging trick-or-treaters and their parents/caregivers to have a safe Halloween. “We’re kind of leaving it... read more