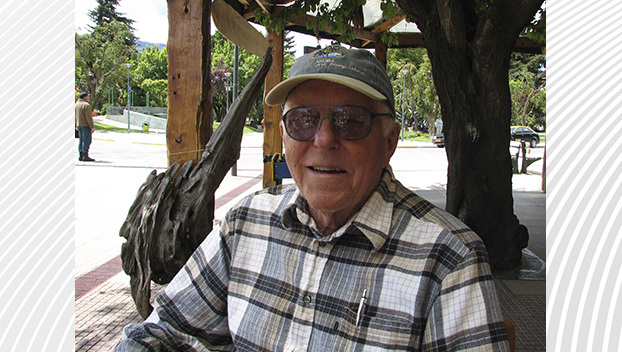 He attended school in New Bern through the eighth grade, and in 1932, moved with his family to Washington. Following graduation from Washington High School, Durant entered Appalachian State University, where he was on the wrestling team, then transferred to Wake Forest University, where he was captain of the track team. In 1942, he entered the Medical College of Virginia School of Dentistry, and in his senior year in 1944, married his childhood sweetheart, Laura Trueblood, of Washington, D.C.

From 1943 to 1946, Dr. Bell served in the U.S. Navy and was stationed at Parris Island, South Carolina, and later at the U.S. Naval Station at Great Lakes, Illinois, where he earned the rank of Lieutenant, Jr. Grade.

On leaving the service, he returned to Washington, North Carolina, to start his practice as a dentist, and he also joined the National Guard. Durant was an active member of the Washington Lions Club and was elected its president in 1949. In January 1951, he was called to active duty with the 690th Field Artillery Battalion of the National Guard and was stationed at Fort Campbell, Kentucky, and later in Germany. During this period of his military service, he was selected to witness the atomic bomb detonations in 1951 at Desert Rock, Nevada. He retired from the U.S. Army Reserve in 1972, with the rank of Lieutenant Colonel.

After returning to civilian life, he enrolled at the University of Pennsylvania School of Oral Surgery and interned and completed his residency in oral surgery at the Geisinger Memorial Hospital and Foss clinic in Danville, Pennsylvania. After completing his residency, he moved to Raleigh with his family, where he became the first oral surgeon in eastern North Carolina and practiced until his retirement in 1992 to Washington, N.C. His oral surgery practice was very successful, and there were six associate partners at the time of his retirement.

He was a member of St. Michael’s church in Raleigh and served as the senior warden in 1983. Durant was president of the West Raleigh Rotary Club and was appointed a Paul Harris Fellow and was also awarded for meritorious service. He led a Rotary study exchange group to South Korea. Dr. Bell practiced oral surgery as a Volunteer Rotarian at refugee camp clinics and hospitals in Hong Kong, Brazil and the Philippines; he also volunteered in health clinics as an oral surgeon in Mexico. He enjoyed going to Rotary conventions for many years.

Durant was a lifelong athlete, especially enjoying tennis and cross country running that he practiced for over 35 years as a member of the N.C. State University running club. On a visit to Nepal, he climbed to an altitude of 9,000 feet on Mount Everest on a two-day hiking trip with a guide. He was also a devoted gardener and delighted particularly in the cultivation of roses, which he gave to friends and to the sick and infirm.

After retiring to Washington, N.C., he tended a large rose and vegetable garden and a lawn that overlooked the Pamlico River. Every November, he purchased large quantities of amaryllis bulbs that he potted and gave to friends so they could enjoy the colorful blooms at Christmastime. He also propagated azalea bushes that he gave as gifts to neighbors and friends. Durant also loved dogs that he often kept for vacationing neighbors. In 2005, Durant and Laura moved to Galloway Ridge, an assisted living community located near Chapel Hill. There, he cultivated a large rose garden and gave roses to newcomers and to the sick.

He was dedicated to his church, Bible study and the Golden Rule, and in every way was a model of the classic Southern Gentleman. Freed from the demands of his surgical practice, in later years, he enjoyed travelling with his wife. Often his sons and their wives accompanied them on these exciting trips to Europe, Africa, Central and South America, the Mediterranean, and across the U.S. Durant loved life, being with other people and having adventures.

Dr. Bell is survived by four sons and their wives: Steve and Jackie Bell, of Greensboro, Jim Bell and Marcy Kelley, of Bethesda, Maryland, Michael and Jay Bell of Atlanta, Georgia, and David and Alison Bell of Dunedin, Florida. He is also survived by seven grandchildren and eight great-grandchildren. His brother, Garland Bell, of Winter Park, Florida and Wilmington, N.C., and his sister, Winnifred Waters, of Wilmington, predeceased him.

Durant Bell died peacefully on Friday, Oct. 30, 2020. The memorial service for Durant Bell will be held at Oakdale Cemetery, 180 E 15th St., Washington, officiated by Pastor Jay Martin. The date of the service will be announced when the arrangements are finalized.

In lieu of flowers, the family requests that donations go to: Heartland Hospice, 4505 Falls of Neuse Rd #650, Raleigh, NC 27609, or through the website: www.heartlandhospicefund.org.