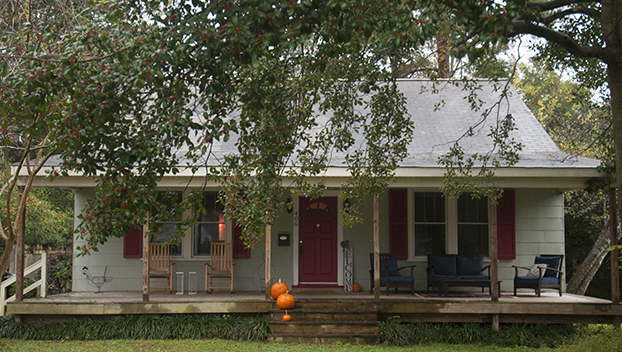 Laura Darre has a unique talent. The Washington Park resident has an uncanny ability to see past the flaws to the possibilities beneath. And that’s where her investment begins.

Darre’s passion for real estate started in her native New Orleans, after Hurricane Katrina devastated the Crescent City. In the aftermath, she purchased a home downtown that nobody seemed to want because of the 9 feet of floodwater that had made its home there during that catastrophic event.

When Darre moved to Washington in 2007, the housing prices drew her back into the rental market in her new hometown.

“What I’ve always done is gone in and found properties that most people would not want to buy, that were ugly or need work,” Darre said. “I was looking at all the properties that were abandoned or needed to be fixed up. I was amazed at some of the houses you could buy for $25-35,000. I used to live in Atlanta and seeing a house for $25,000 was unheard of.”

After the housing market nosedived in 2008, there were plenty of properties that went into foreclosure in the area.

One at a time, Darre purchased a house, fixed it up, found some good renters, then started looking for the next project.

“I would save up; I would look around. I’d go to realtor.com and I’d say, ‘Sort from the lowest price, up,’” she laughed.

In the past few years, managing her 15 rental properties has become a full-time job, and she’s not only honed the ability to find good tenants, but what will make those good tenants become long-term, good tenants.

“It’s not really that hard. At first, I used to be too nice. I’ve learned now that what I do is when I run the add on Craigslist or Zillow, I make them fill out an application and check their credit and check their job, then if they have some blemishes, but otherwise they seem fine, I ask them for first (month’s rent), last (month’s rent) and a deposit. But I’ll break it up, so they don’t have to pay it all at the same time. I’ll work with people,” Darre said. “Right now — I want to knock on wood — I have all good tenants and most of them are long-term, and I want to keep them. Part of that is making sure that I have people lined up — handymen, or plumbers or HVAC contractors — and when something happens, I can text them, and they’ll go fix it right away.”

Though owning and managing rental homes does pay off, that’s not the only reason Darre got into the business. 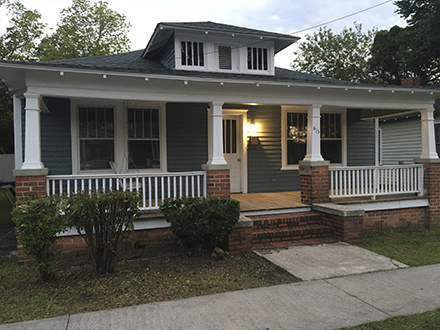 CRAFTY: The low-pitched roof and overhanging eaves of this East Second Street rental put it squarely in the Craftsman category. Before, it was a wreck. Now, it adds character and consistency to the block. (Laura Darre) 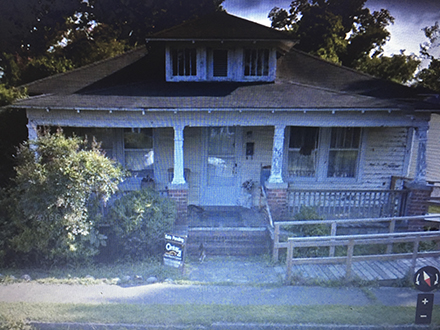 “I used to think that every single house I could fix up would just make that street look so much better,” she said. “There’s some that I’ve gotten that may have been torn down or ended up just rotting, if I hadn’t have gotten them and fixed them — I have fixed some doozies.”

The rentals range from a historic home on East Main Street, now occupied by Darre’s mother, Dian, to small, Cape Cod-style cottages on East 10th and East 11th streets, right in the heart of Nicholsonville, a neighborhood that proliferated in the early-to-mid-20th century to house workers in Washington’s thriving lumber industry.

The local housing market has recovered since the 2008 recession, and COVID-19 has added a new element in that people residing in larger cities are now working from home — and home could be anywhere. Larger lots and larger homes are available at lesser prices here.

“I think Washington, the property values are going up, so it’s getting harder and harder for me to find property for rentals. There’s a lot of people coming here from out of town,” she said. “The rental market here is great. There’s not enough rental properties, is what I’ve found.”