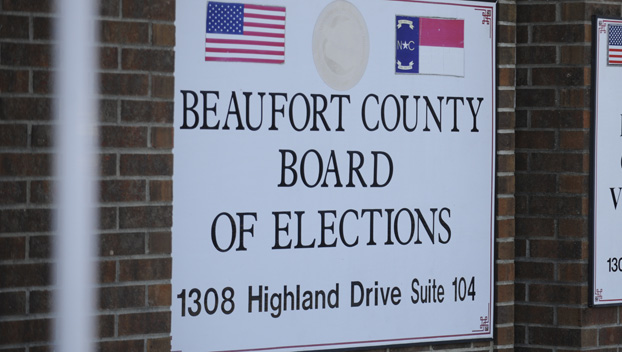 The statewide recount of the N.C. Supreme Court chief justice race in the 2020 general election didn’t cause any major changes to Beaufort County’s voting results.

Incumbent Chief Justice Cheri Beasley requested the recount after final tallies showed that she trailed Republican Justice Paul Newby by 409 votes. In Beaufort County, Newby held a 5,918-vote lead (15,834-9,916) over Beasley prior to the recount, according to results posted by the State Board of Elections. That didn’t change much after the county held its recount meeting last week — Newby lost six votes and Beasley gained one vote, bringing Newby’s lead to 5,911 votes.

Beasley gained one vote in Washington Ward 2 and another in the Woodard Pond precinct, and she lost a vote in absentee by-mail voting.

In one case, a voter came in and filled out a provisional ballot on the first day of voting at a one-stop site. Beaufort County Board of Elections Director Kellie Harris Hopkins said staff members didn’t realize at that time that the voter was eligible for same-day registration — meaning he could register to vote and submit a ballot on the same day. So they called the voter back to the one-stop site so he could do same-day registration, knowing that his provisional ballot wouldn’t have counted if they hadn’t done so.

Hopkins said the voter’s provisional ballot wasn’t counted because he came back to do the same-day registration process instead.

The second local case Beasley challenged involved a Pitt County resident who attended the first day of one-stop voting in Beaufort County. The voter said he wasn’t going to vote in Pitt County, and he requested a provisional ballot.

“It wouldn’t count because he lives in Pitt County, but I’ve since researched and he actually went over there and registered to vote in Pitt,” Hopkins said.

“So one of the protested votes voted in Pitt and the other one voted here, so (Beasley) withdrew the protests.”

Beaufort County’s recount meeting started at 8:30 a.m. last Thursday and was scheduled to end that night, but an untimely jam pushed the end of the recount to the next morning.

“Mail-in ballots are folded, and they have a tendency to get jammed up coming out of the machine into the tabulator tub,” Hopkins said. “We had a couple of jams, and we couldn’t tell if the tabulator read the ballot or if it didn’t, so at the end we counted how many ballots we had and it was about five under. So we knew we had to do it again.”

Because of those jams, workers recounted more than 3,000 mail-in ballots on Friday morning.

All counties are required to complete their recounts by Wednesday, Nov. 25. Hopkins said the county’s Board of Elections would remain in a “holding pattern” until the Supreme Court Chief Justice race is finalized.

“If Beasley were to overtake Newby, then we could go to a hand count,” Hopkins said.

Once the results are finalized, the Board of Elections will sort and count its absentee ballots by precinct. That will be done in order for people to see where those votes came from.