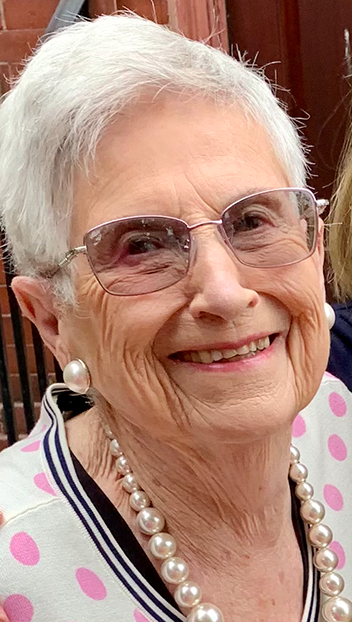 Katherine Watts Swanner Adams, age 93, died on Tuesday, December 1, 2020.  Due to COVID concerns there will be no visitation, and the graveside service was attended by family only.

Katherine joined the First United Methodist Church at age 11, she was involved in a number of different church programs including the United Methodist Women and Circle of Love, and she was one of the oldest members of the church. She was a multi generation member of the Tea and Topics Book Club, and was active in the book club until her death.

Katherine’s passion was her family. She found particular pleasure with her great grandchildren, and spending time outside in her yard.  Her energy was boundless, especially helping or caregiving to her family and others.

The family would like to express a special thanks to Ebony Knight of Washington for her kindness and care for both Katherine and Lewis.

In lieu of flowers, memorials may be made to Mathew 25, First United Methodist Church, 304 West Second Street, Washington, NC 27889, or the charity of your choice.

Paul Funeral Home and Crematory of Washington is honored to have served the Adams family.