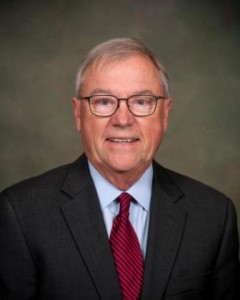 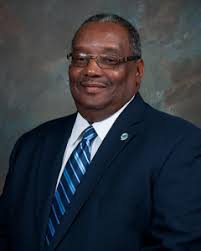 The Beaufort County Commissioners underwent a change in leadership Monday, as Frankie Waters took over for Jerry Evans as chairman of the board and Randy Walker was sworn in as the board’s only newcomer. Jerry Langley was re-elected vice chairman.

Some controversy surrounded the nomination process for those two positions.

Three Republicans — Hood Richardson, Stan Deatherage and Randy Walker, who was still a commissioner-elect at the time — held a publicly advertised caucus meeting on Nov. 12 to decide whom they wanted to nominate for chairman and vice chairman, ultimately choosing Deatherage and Walker, respectively. The other two Republicans on the board, Waters and John Rebholz, were not at the caucus meeting.

Waters and Deatherage were nominated for chairman, and Waters received four votes out of seven. Waters voted for himself, and he also received votes from Rebholz, Langley and Ed Booth. Deatherage’s three votes came from himself, Richardson and Walker. Those votes were mirrored in the vice chairman election, as Langley retained his role with the same four votes Waters received.

“There was some discussion that we, meeting as a caucus of Republicans, would be meeting unofficially as Board of Commissioners when we would be discussing the political issues,” Deatherage said. “I think if there is any element of indecision on the way it should be, we should ask the General Assembly to enact legislation to allow political parties to meet in caucus, just as they do. Both parties meet in caucus, as long as nothing is discussed that is county-oriented, only politically oriented.

“It’s illegal for four of seven commissioners to get together and discuss the chairman and vice chairman,” Waters said.

“It all stemmed from campaigning — I asked, ‘How does one decide who’s going to be chairman and vice chairman?’” Walker said. “So (someone said), “Why don’t you have a caucus and talk about it?’ I said, ‘That’s a great idea.’  And I know there’s a problem with quorum, so I said I’d be glad to meet with single people to figure this out.

Before he pursued a seat as a County Commissioner, Walker was contracted by the commissioners to record and edit video of all of their meetings.

“Randy, we accept your apology,” responded Commissioner Ed Booth, a Democrat. “We know you knew better.”

The commissioners went on to approve, by a vote of 5-2, a resolution to ask State Representative Keith Kidwell to bring forth a bill allowing boards across the state to hold caucus meetings.