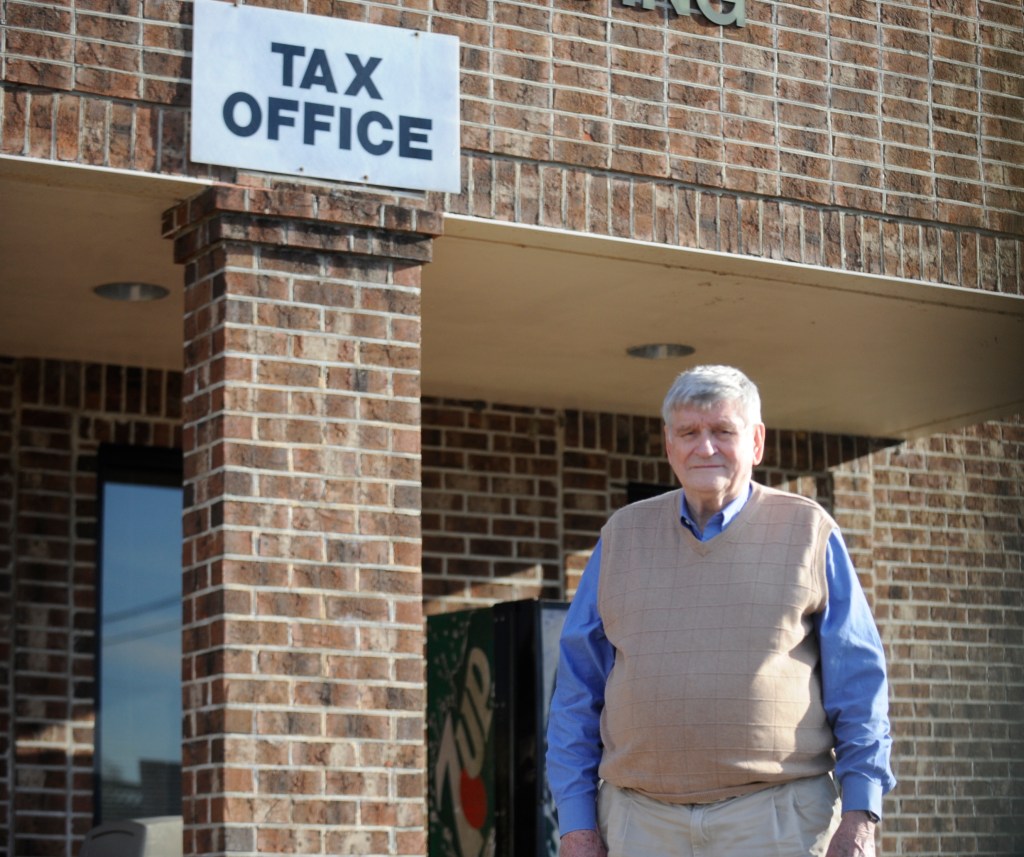 Bobby Parker thought he was just a few years away from retiring when he took on a new job as an appraiser with the Beaufort County Tax Office.  He didn’t expect to stay long.

Nearly 28 years later, the 84-year-old Washington native is preparing to retire as the county’s tax assessor on Dec. 31.

“It’s a job that I didn’t think I would ever have,” Parker said with a smile.

Parker has been with the tax office since April 15, 1993.  Prior to that, he worked for 31 years with the U.S. Geological Survey. His plan to retire after working as an appraiser for a few years changed when the tax assessor at that time retired and asked Parker to apply for his position.

On Jan. 13, 1997, Parker took over as tax assessor. In that position, Parker has been tasked with calculating property taxes for properties around the county.

In his career with the tax office, Parker has worked through three property tax revaluation years, the most recent one being 2018. Each North Carolina county is required by law to revalue all real property within its borders at least once every eight years.

“That’s one of the big projects we have to do, and it’s quite a job,” Parker said.

“The computer system has been updated quite a number of times,” he said. “For records, when I came here, the mapping was just beginning,” Parker said. “And now it’s up to date. You can see the corners and the sides of [the map], you can see it in 3D. It’s very updated.”

For almost three decades, Parker has worked directly with taxpayers on a day-to-day-basis. He considers it an obligation to get to know those taxpayers and hear their concerns. In normal times, that often meant clearing up some time for face-to-face meetings, but those interactions haven’t always been possible during the COVID-19 pandemic.

“I love all of the people of Beaufort County, and before we had the virus — and this has been a big thing for me to get over – I shook everybody’s hand,” Parker said. “I shook their hand, and we’d have a conversation.

“Some people thought we had taken too much time to do that, but I was doing public relationships so [the taxpayers] wouldn’t have a problem. We made up the office that way, so that everybody knows how to treat the taxpayer.”

The Beaufort County Commissioners had good things to say about Parker at their December meeting.

“One of the ways that I measure an individual is based on the number of calls and complaints that I get as a commissioner,” Chairman Frankie Waters told Parker. “And I’ve had very few, and the few that did have something to gripe about, I’ve called you immediately and set up an appointment and you’ve been able to satisfy them. And I think that’s pretty important as an elected official, being able to satisfy the citizens.”

“It’s difficult, and I appreciate you doing the job,” Commissioner Stan Deatherage added.