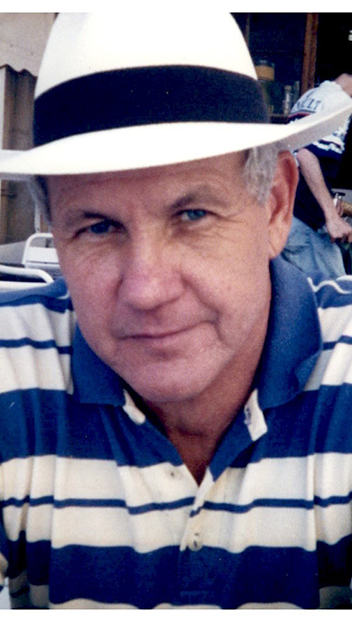 Charles Zophar (Zoph) Potts, a resident of Washington, NC died Wednesday, December 23, 2020 at his home surrounded by his loving family.

A graveside service will be held 11:00 AM on Monday, December 28, 2020 at Oakdale Cemetery in Washington.  Dr. Jerry Bron will officiate.

Potts received a football scholarship at Duke and played on teams that won three consecutive Atlantic Coast Conference Championships (1960-1961-1962) and won the 1961 Cotton Bowl Classic in Dallas.  He remained a staunch Blue Devil and Iron Duke supporter throughout his life.  He was also a member of KA Fraternity.

Upon graduation from Duke, Potts taught and coached at the Kinston and Washington City Schools.  He then moved to Raleigh and represented the State of North Carolina as an “Industry Hunter” in the Department of Conservation and Development from 1966-1971.  He helped to locate a number of new industries across North Carolina during his tenure with the State.  He was a charter member of the NC Economic Developers Association.  He returned to Washington, NC in 1971 and joined his father-in-law, Bill Roberson and his family at Roberson’s Beverages, bottlers and distributors of Dr Pepper and Seven-Up products with plants and distribution centers in Washington, Kinston, New Bern, Clinton and Wilson.  He became VP, Sales and COO of the firm.  He also served as president of Smallwood, a residential development and of Tar Heel Broadcasting with radio stations in Washington.  In 1983 he became president of North Carolina Dr Pepper Bottlers.  He served on the NC Soft Drink Association Board of Directors.  He was appointed a member of the Dr Pepper Bottlers Advisory Committee and to the Seven-Up Sales and Marketing Board.  In 1986 he became President, CEO and General Manager of radio stations 93.3 WDLX-FM and 930 WRRF-AM in Washington, NC.  He served as a member of the NC Association of Broadcasters Board of Directors.  In 1996, Potts became part owner and CEO of Snowden Associates, a media-business brokerage and commercial real estate company.  He was a loyal member and Elder of First Presbyterian Church in Washington.

Zoph Potts loved life and his wonderful family.  He was so proud of his elegant wife, his beautiful daughter, his three terrific sons and his six cherished grandchildren.

In lieu of flowers, memorials may be made to the Beaufort County Relay for Life, Attn: Memorials, PO Box 2708, Washington, NC  27889.

Paul Funeral Home & Crematory of Washington is honored to serve the Potts family.