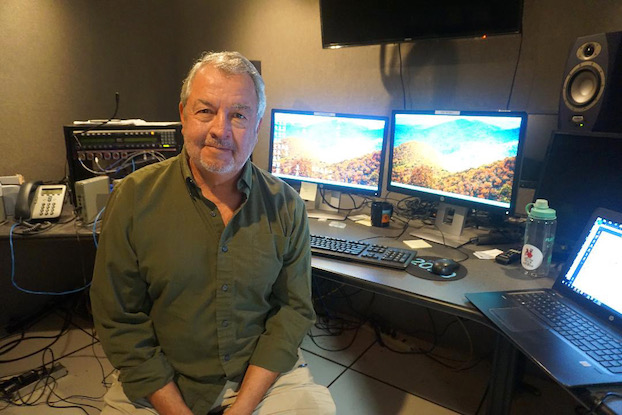 Clay Johnson will enjoy a moment that most of us only dream about sometime in early 2021.

Amazon Studios, which includes the Prime Video subscription streaming service and its free version IMDb, will air his documentary about an infamous North Carolina murder in late January or early February.

Johnson, a Bath resident, wrote, produced and co-directed Moment of Truth: The Killing of James Jordan, a five part series that re-examines the crime that happened in Lumberton in the summer of 1993.

James Jordan was former Chicago Bulls superstar and current Charlotte Hornets owner Michael Jordan’s father. The elder Jordan left a gathering of friends following a funeral in Wilmington after midnight on July 22, 1993 to drive home to Charlotte, but never made it. An hour into his trip, he decided to pull off the road to take a nap. Authorities found his body 11 days later in a South Carolina swamp. Two teenagers, Larry Demery and Daniel Green were convicted of first-degree murder and are serving life sentences. Green still maintains his innocence and his quest for a new trial is central to the new story.

Johnson has been making documentaries for WRAL-TV in Raleigh since 2004. The parent company, Capitol Broadcasting Company, assigned him to take a fresh look at the famous incident in August of 2018.

“It was the 25th anniversary of when it happened and I knew people were still interested,” Johnson said. “I was a TV reporter in High Point in 1993 when it was a nationwide story, and I was excited about doing it because this was a chance to really go deep into the circumstances surrounding such a high profile situation. Michael Jordan was known worldwide beyond basketball and it dominated the headlines when it happened.”

Johnson and cinematographers Jay Jennings and Cliff Bumgardner started with decades of previous footage WRAL already had and dove in headfirst.

“The trial transcript was 8,500 pages, so it took a while to get through it,” Johnson laughed. “I had covered the criminal justice system in the past, so I knew how things worked, but this was such a big case, and we examined every aspect of it. I probably learned more than I wanted to.”

After over a year of research, compiling footage, doing interviews and writing, the team put together the first cut.

“I’m my own worst critic, but I really liked it at that point,” Johnson said. “It was the longest documentary I’ve ever done, and it was very interesting to cull through 30 years of footage and do a ton of original reporting and interviews.  I was hoping it had a chance to go somewhere.”

The bosses at Capitol took it from there and ended up with a partnership with Los Angeles based production company Bow and Arrow Entertainment, which added original audio and video content as well as special effects. They negotiated the distribution deal with Amazon and the final product will air soon. An Emmy or Peabody award could be in store for the future.

“It took a lot of work from a lot of people to make this happen,” Johnson said. “I’m proud of everyone’s effort and grateful for the opportunity. Who knows about awards, but I do know It will be really cool to sit down and watch it on my own TV screen.”