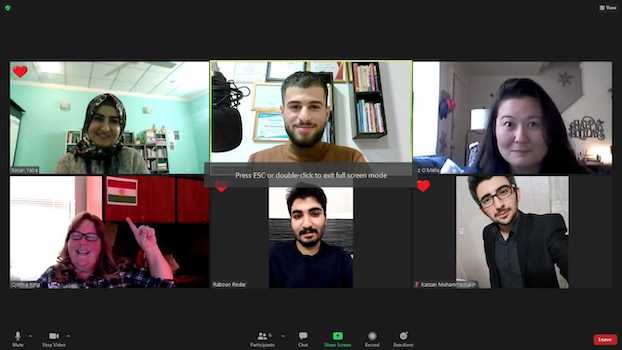 VIRTUAL MEETING: The Eagles met virtually twice a week for 10 weeks even though the Iraqi students were eight hours ahead.

Collegiate business competitions aren’t unusual. Winning one while the other half of your team is 6,000 miles away while working together virtually is unprecedented.

A group of seven Beaufort County Community College students paired with 11 from Soran University, located in Kurdistan in the northern part of Iraq to win the Global Solutions Sustainability Challenge.

BCCC/Soran was one of 24 teams of American community college students and university students from Jordan and Iraq. They decided to call themselves the Soran Eagles, a combination of the Iraqi university name and America’s national symbol.

“We entered for the first time during the spring semester and finished second paired with a team from Jordan,” BCCC Business Administration professor Cynthia King said. “It was a terrific learning experience for all involved, so we decided to do it again this fall. Of course, with COVID-19, this contest was entirely virtual.”

The BCCC students met in person in the spring until they shifted online, but everyone participated twice a week for 10 weeks for two to three hours per meeting on a computer this time. Their Kurdish teammates were eight hours ahead, which added another hurdle.

“That was our biggest challenge,” King said. Everyone was doing this outside of class, so it was really hard to schedule meetings around homework and job responsibilities. We couldn’t meet in person at all, but we managed to pull it off.”

The Challenge is designed to help students learn how to work together with peers from different backgrounds to figure out solutions to vexing problems virtually.

“Learning the soft skills is very important for any student because that’s how the world is,” King said. “They will encounter colleagues from all backgrounds when they enter the workforce and there could be language barriers to overcome. This project helps them learn to communicate and use critical thinking to work together to find a solution to whatever problem arises.”

In this case, the problem/challenge was to raise awareness of about the waste created by the arts and entertainment industry.

The Eagles decided to write and publish an educational book that described ideas on how to reduce waste by recycling and repurposing props, materials, paper and other products used to make movies and television shows.

“We learned about how they just throw away the props when they tear down a set,” team leader and Blount’s Creek resident Micah Guion said. “There’s paint, tons of paper from scripts, tickets, concession items and all sorts of other things that could be recycled or disposed of safely, so they don’t cause water or other types of pollution.”

The students produce the book, which will come out in English and Kurdish first, test market it and go through the rest of the process of bringing the product to market; steps designed to build the confidence they’ll need when they enter the workforce.

“I learned so much from doing this project,” Guion said.  “At first, we thought it would be almost impossible to communicate with our Kurdish teammates, but it wasn’t. They knew some English and taught us some Kurdish and we just figured it out. They were eager to show us their traditions and teach us about their culture. We shared some of ours also.”

The $2,000 first prize will come in handy in helping fund future teams, but King said her students were the real winners.

“I’m very proud of the way everyone worked together without being in the same room,” she said. “I think everyone improved their empathy and learned how to collaborate with people they didn’t know. Micah grew into her role as our team leader, when she really didn’t volunteer for the job. The Soran Eagles developed a bond and I hope they will stay in touch.” 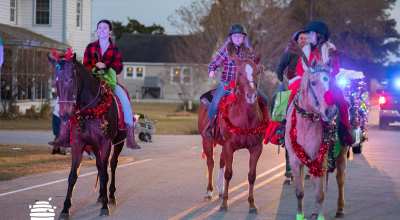