Shooting in Washington leaves one injured 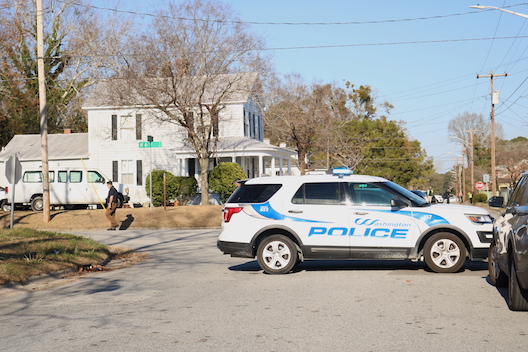 CRIME SCENE: Police are investigating a shooting that happened around 1 p.m. on Tuesday, near the intersection of Sixth and Van Norden streets. (Chelsea Hofmann / Daily News)

A man was hospitalized with non-life-threatening injuries after being shot in the wrist Tuesday afternoon.

Stacy Drakeford, Director of Washington’s Police and Fire Services said the Washington Police Department responded to reports of a person shot near the intersection of Sixth and Van Norden streets at approximately 1 p.m.

Drakeford said the victim hasn’t been cooperative with officers, so they haven’t been able to identify a suspect.

If you have information about the shooting, call the Washington Police Department at 252-946-1444.