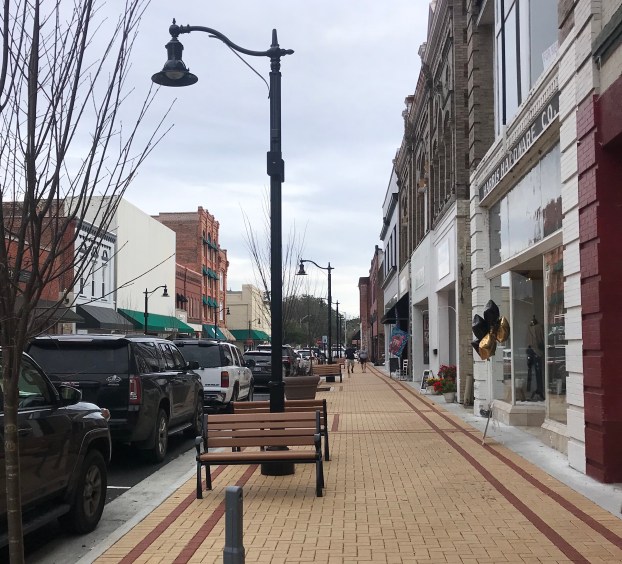 ASSISTANCE: In Washington, 370 businesses have received a total of $31,977,917 in forgivable Paycheck Protection Program loans. Those loans are meant to help businesses keep their workers employed. (Liz Reed / Daily News)

More relief on its way for businesses

Another round of financial assistance will soon be available to North Carolina businesses, many of which are hurting because of the COVID-19 pandemic.

The new stimulus package signed into law last Sunday includes $284 billion for forgivable Paycheck Protection Program Loans, which are meant to help businesses retain their employees during the pandemic.

Beaufort County businesses received approximately $47.2 million in PPP loans during the program’s first round, resulting in thousands of local jobs being saved. The program had previously expired in August 2020.

Four Beaufort County companies — Executive Personnel Group, National Spinning Co., River City Construction Inc. and Wimco Corp, all based in Washington — each received a PPP loan of at least $1 million in 2020. Those companies reported a combined 692 jobs in their applications. Executive Personnel Group’s $3,189,500 loan was the largest of all Beaufort County PPP loan recipients.

Businesses that’ve already received loans are eligible to apply for “Second Draw” loans. In order to qualify for Second Draw funding, a business must employ no more than 300 employees, and the business must also show that its gross receipts decreased by 25% or more in any calendar quarter in 2020, compared to the same calendar quarter in 2019. The maximum amount of a Second Draw loan is either $2 million or 2 ½ times the business’ average monthly payroll costs, whichever is less. Accommodation and food service businesses such as restaurants and hotels can apply to receive 3.5 times their monthly payroll costs.

According to the new legislation, PPP loans can be used to cover operation expenditures such as business software and cloud computing software, payroll processing and payment costs, and  resources operations and billing functions; property damage stemming from public disturbances that happened in 2020;  supplier costs that are essential to the company’s operation; and “covered worker protection expenditures,” which are costs businesses have incurred in their effort to comply with COVID-19-related laws and guidances. That can include costs related to health screening initiatives, air filtration system improvements and drive-thru capability improvements, among other things.