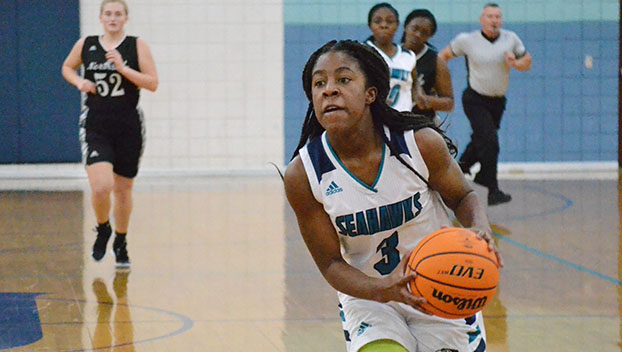 Fans will have to wait another week to see Ka’nyah O’Neal’s maturation from fabulous freshman to super sophomore.

The Southside girls season has been delayed until January 15th because of COVID-19 contact tracing issues with some of the players who also play volleyball.

The Seahawks went 18-9 last year and 7-5 in the Coastal Plains 1A conference. They lost in the first round of the state playoffs to eventually East champion Weldon HS. The team improved from eight wins in 2018-19 after back to back state tournament appearances.

Six seniors return for coach Milton Ruffin, who begins his sixth season, but all eyes will be on O’Neal, as she tries to beat her 19.9 points per game scoring average and 9.5 rebounds per game. The 5’6 dynamo dropped a season-high 31 points on John A. Holmes HS of Edenton in a victory and did it again in a win over Northside.

O’Neal pulled down 17 rebounds in a first round playoff win over Northampton County, after 16 and 17 in a pair of losses to conference powerhouse Pamlico County. Throw in nine steals against South Creek and several more games with eight, six assists against Pamlico and Northside and you have an all-around force to be reckoned with.

“She’s just an exciting basketball player,” Ruffin said. “She started early and plays travel ball now, so she’s played a lot for your average sophomore. She’s athletic, has the handle and can shoot. Her basketball IQ is excellent, and she wants the ball. That’s what makes her a great rebounder despite her height. She makes it a lot easier to coach.”

Ruffin is also counting on senior tri-captains Laqusiha Woolard, Sarah Petty and Shantel Cannon to provide leadership and guidance while O’Neal continues to break out. Woolard is the second leading returning scorer, while Petty and junior Miasia McCall were second and third on the team in rebounding.

“We have a good mixture of youth and experience and were in a good place as a team before the COVID setback,” Ruffin said. “We were getting a lot of reps during practice and were playing well together. Hopefully that will still be the case when those in quarantine rejoin us.

Pamlico County and Riverside have dominated the conference, but Ruffin sees a chance for his team to compete.

“This could be our best team at Southside since we played for the state championship in 2012 under Coach (Bill) Lake,” Ruffin said. “We have the athletes to get out and run and we like to push the tempo. If we can rebound and get steals, that should lead to transition baskets. I know we have the experience to compete and I think we have a chance to win the league. We’ll take it one day at a time and are very excited to hopefully, finally play next week.”

Barring any further setbacks, the entire Seahawks team can resume practice Wednesday with the first game Friday at home against Tarboro. 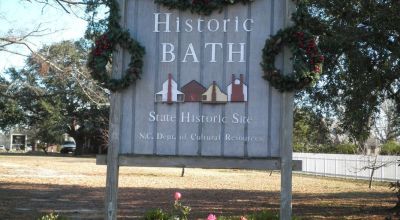