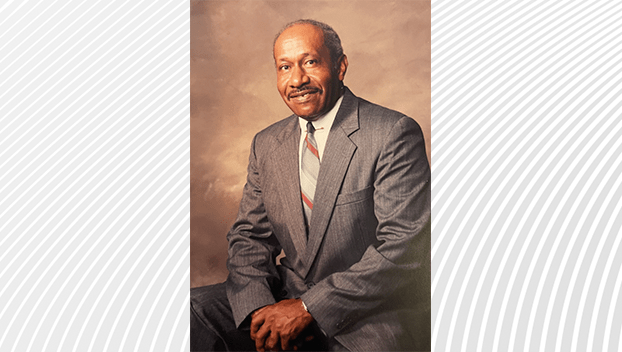 A memorial service will be held at a later date.

Mr. Brothers was born in Norfolk County (now Chesapeake), VA, on February 20, 1934, to the late John Thomas and Evelyn Overton Brothers. The second of six children born to that union, he accepted Christ at an early age under the pastorate of the late Rev. Raleigh Roberts Briggs of Providence Congregational Christian Church (now Providence United Church of Christ). He sang in the junior choir, attended Sunday school, and participated in various youth activities of the church.

Mr. Brothers, affectionately called “Boo” by his family, attended school in Norfolk County and was a 1953 graduate of George Washington Carver High School. He received his Bachelor of Arts Degree from the University of Maryland, Eastern Shore, where he was inducted into Omega Psi Phi Fraternity, Inc. He furthered his studies at East Carolina University and Norfolk State University. Mr. Brothers also served in the United States Air Force and in 1955, after four years of service, he received an honorable discharge.

In 1961, Mr. Brothers and his family relocated to Washington, NC, where he worked as band director at P.S. Jones High School. He later held positions as band director at Washington High School; fifth grade teacher at John Small Elementary School; and Assistant Director of the Extended Day School and Vocational Assessment Director for Washington City Schools until his retirement in 1987. Mr. Brothers also served in the city government of Washington, NC. He was a member of City Council from 1982 to 1990, including one term as Mayor Pro Tem, and served as Mayor from 1991 to 1995. During his tenure, in 1993, Washington won the prestigious All-America City Award.

Mr. Brothers was a member of Trinity Episcopal Church in Chocowinity, NC, where he served as usher and a member of the Vestry. He was also active in numerous community service organizations, including Beaufort County Community College Foundation Board, local chapters of North Carolina Teachers Association (NCTA) and North Carolina Association of Educators (NCAE), Washington Board of Adjustment, Mid-East Commission Board, Martin County Community Action Board, local Bank of America Board of Directors, Beaufort County Drug Task Force, and Project Pride.

Outside of his family, work, and community activities, Mr. Brothers enjoyed numerous hobbies, including photography and woodworking. One of his favorite hobbies was Amateur Radio (ham radio); he was a member of and former examiner for the American Radio Relay League and a member of the Bright Leaf Amateur Radio Club, OMIK Amateur Radio Association, and the Area “A” Emergency Management Radio Group.

In addition to his parents, Mr. Brothers was predeceased by his loving wife, Muriel Owens Brothers; his oldest sister, Thirza Brothers Shields and his youngest brother, John Thomas Brothers, III.

In lieu of flowers, cards, and other acts of kindness, please feel free to make donations in the memory of Floyd G. Brothers, Sr., to either or both of the following: Trinity Episcopal Church, P.O. Box 332, Chocowinity, North Carolina 27817; or Marion L. Shepard Cancer Center, 1209 Brown Street, Washington, North Carolina 27889.