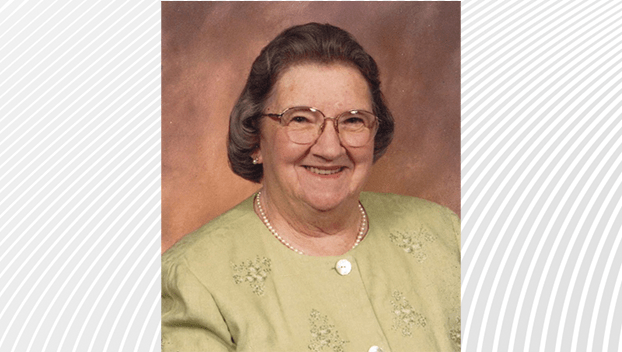 Mrs. Cowan was born in Allegheny County, PA on May 25, 1926 to the late W.H.L. Markle and Kathryn Lenhart Markle. She was a 1944 graduate of Youngwood High School in Youngwood, PA, graduated from Seton Hill College in 1974 and she earned her master’s degree at ECU in 1979. She taught in Martin County Schools and Martin County Community College until her retirement at the age of 77. She taught students at Bear Grass High School, Williamston High School and Robersonville High School. Ms. Cowan enjoyed teaching Sunday school at Community Christian Church in Williamston and singing in the choir. On April 18, 1992 she married William “Earl” Cowan who preceded her in death on April 12, 2010.

She is preceded in death by a son Donald Robert Wright, Sr. and a sister, Billie Jo Blackson.

The family will receive friends from 1:00PM – 1:30PM at Sidney Free Will Baptist Church.

Paul Funeral Home of Belhaven is honored to serve the Cowan Family.