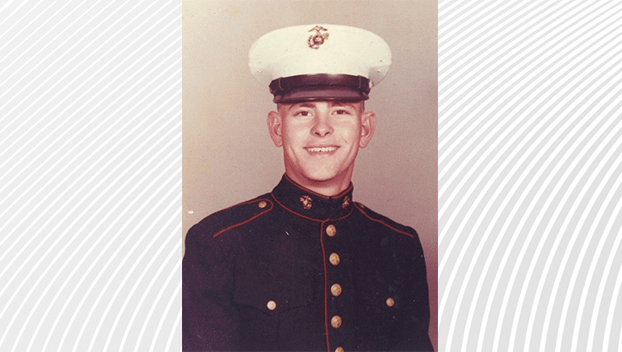 Larry Eugene Vick, 76, of Kinston, North Carolina passed away in the early morning hours on Thursday, January 28th at UNC Lenoir Hospital surrounded by his loving and adoring family.

Larry was born on March 4, 1944 in Washington, NC and was a 1962 graduate of Washington High School.  After graduation, Larry joined the United States Marine Corps.  That same year, he met the love of his life, Kathryn Boyd Vick who supported his passion and commitment for serving his country.  Larry served for two years at Camp Lejeune before moving to Beaufort, South Carolina where he served two more years as a drill sergeant at Parris Island.  On August 14, 1966, he and Kathryn married in her hometown of Greenville, North Carolina.  Their commitment and love for one another afforded them nearly 55 wonderful years of marriage.  Building their family, traveling, and supporting their sons and grandchildren was his top priority.  Following his military service, he began a long and admirable 30-year career with UPS where he was a well-respected and valued team manager and friend. Larry retired at the age of 51 and was thrilled to spend the remainder of his life doting on his wife, supporting his grandchildren’s activities and endeavors, and spending time golfing with his beloved buddies.

Larry was predeceased by his parents, his brother, Jerry Vick, and his sister, Lois Buck.  Surviving, in addition to his wife Kathryn, are his cherished sons, Mike Vick (Georgia) and Jason Vick (Blair) as well as his brother, Don Vick.  His 5 grandchildren: Hayden, Emma, Henry, Jack, and Smith Vick were the apples of his eye.  Larry, affectionately referred to as “poppy,” never missed a dance recital, a school awards ceremony, a band concert, or a school graduation.  He was their number one fan and cheered for and supported hundreds of soccer matches, baseball, basketball, and football games as well as countless rounds of golf through the years.  He was a true gem-a man who was loved and respected immensely by his entire family. When not supporting his grandchildren, he loved playing golf with his buddies several times a week.  Larry was a joy to be around and was loved dearly by all who knew him.

A public viewing will be held Saturday, January 30, from 12:00-4:00 pm at Edwards Funeral Home in Kinston.  A private celebration of Larry’s life will be held for the family on Sunday, January 31, at 2:00 pm.  Please visit www.edwardsfhc.com to view the livestream of the service.

In lieu of flowers, donations may be made in Larry’s memory to the charity of your choice.

Arrangements by Edwards Funeral Home & Cremations.  Online condolences may be expressed at www.edwardsfhc.com.