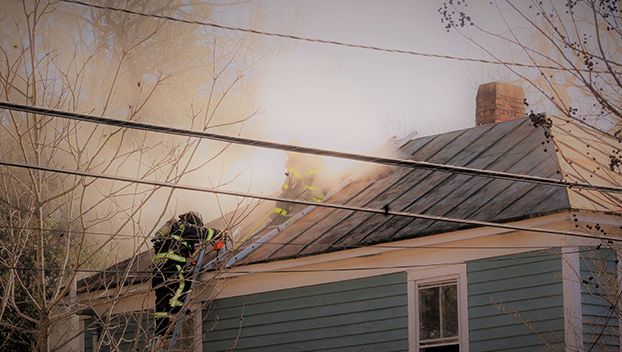 RESPONDERS: Washington and Chocowinity Fire Departments responded to a fire on North Harvey Street during the afternoon of Jan. 29 in Washington. (Photo submitted by David Pierce)

On January 29, firefighters from Washington and Chocowinity Fire Departments responded to a house fire located at 331 N. Harvey St in Washington’s historic district.

The home was originally built in 1920 and featured wood siding. It was occupied at the time of the fire as a rental property and has three bedrooms and one bathroom.

Two people were inside the home at the time of the fire and were able to escape the home with no injuries.

“It was a rental property and a lady with two children was renting the property,” said Wetherington. “The kids were (home). They smelled smoke and got out.”

The home was not a total loss and the cause of the fire is still unknown. The investigation is ongoing.

“It was an accidental, or undetermined, I guess you would say,” said Wetherington.