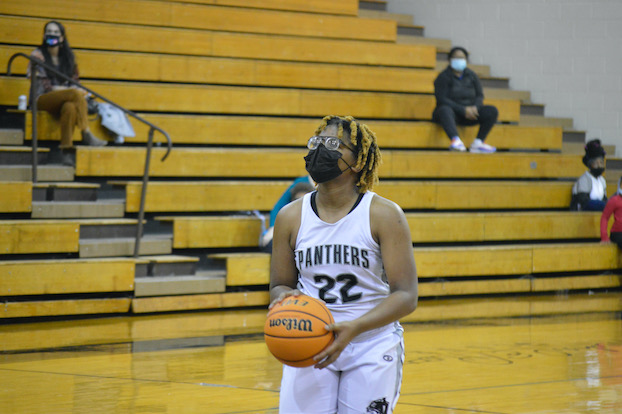 The Northside girls showed few signs of rust build-up after a 20-day, COVID-19 induced break with a 66-50 home victory over Southside Thursday night.

“We just continued to practice and prepare like we were going to play,” Coach Michelle Leathers said. “We knew we couldn’t control it, so we tried to use it to our advantage to get better.”

Meanwhile, the Seahawks (2-1) were playing their second game in three days after not playing for three weeks because of the same issue.

“We’re still trying to get our legs under us and get into a flow,” Southside coach Milton Ruffin said. “We started slow, then expended a lot of energy to get back into it. We didn’t have enough left to ever get the lead.”

The Panthers blew the game open in the second quarter when they outscored Southside, 19-6 for a 29-17 halftime lead.

Junior point guard Paige Sawyer set the tone with 10 of her 16 points and several assists. Sawyer transferred from Unity Christian in Chocowinity and has been key to the Panthers strong start according to coach Michelle Leathers. “She’s the first true point guard I’ve had here,” the 12th year head coach said. “She can score, but she is a pass-first guard, which gets us moving and everyone involved in the offense. She was key tonight like she has been all year.”

Southside sophomore Ka’nyah O’Neal ignited a 9-0 run with a string of points that cut the Panther advantage to 40-36 midway through the third quarter, but Northside responded with baskets from freshman Mariah Jones, including three consecutive layups after steals to push the margin back to 10. The Seahawks pulled to within six mid-way through the final quarter but couldn’t come any closer.

O’Neal continued her string of scoring exactly 31 points in all three games so far and grabbed 22 rebounds. Senior LaQuisha Woolard added 13 for the Seahawks.

“We know Ka’nyah is a tremendous player and she’s improved from last year,” Leathers said. “Mimi (Jones) had a pretty good night herself (with a team-high 29 points). She’s still learning and will continue to improve. We did a good job of holding them off and taking control at the end. Hopefully, we’ll be able to play more consistently and get into our rhythm.”