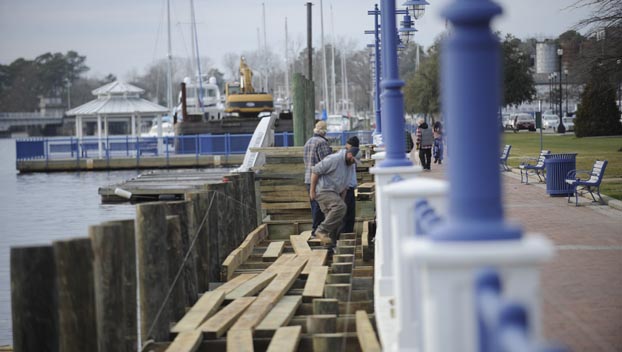 The City of Washington is in the process of adding 180 feet of short-term day docks along the waterfront in an effort to entice more boaters to stop and check out the city’s downtown area.

City Manager Jonathan Russell said the project is also meant to help “fill in some gaps” among the waterfront’s public dock spaces. Through its ongoing efforts to update the boardwalk and expand its docking areas, the city is hoping to make itself more pedestrian friendly.