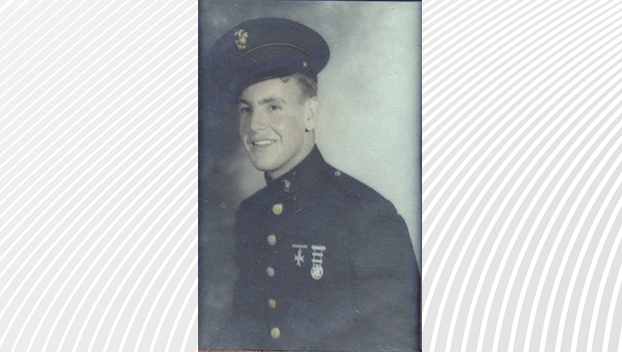 Carl McLean Modlin, affectionately known as “Chief”, 95, of Plymouth, passed away peacefully Wednesday, February 10, 2021, at his home surrounded by family.

Carl was born, the youngest of six children to the late Johnson Garfield Modlin and Lula Jackson Modlin in Martin County on April 22, 1925.  He was a retired partner from the former Manning Motor Company automobile dealership of Plymouth and remained a “Ford man” all his life.  He was a member of the First Christian Church and enjoyed attending services at surrounding community fellowships.

One of the signature events of his life was when he served his country as a Corporal in WW II in the 3rd Marine Division from 1943 – 1946, as an engineer in the Pacific Theater in Guam, Peleliu, and Iwo Jima campaigns.  He also served with Marine occupation forces in Japan after the Japanese surrender.  At his passing, he was noted as one of the few surviving veterans of that war.

He had a lifelong passion for all things automotive including rebuilding motors and creating special tools for the job when needed.  He especially enjoyed watching all racing events and was a big fan of NASCAR series.

After retirement in 1990, Carl continued to do what he loved most: to work hard and play hard.  He became involved locally in the restoration of an historic Plymouth cemetery and the establishment of perpetual care thereof.  For his service to that and as a member of the Social Services Organization, he was awarded the honor of the Long Leaf Pine by the State of North Carolina.  He also loved gardening, fishing and crabbing, and traveling to places far and near as long as health allowed.  He will be remembered for his boyish love of play, relating of funny stories, sharing good food and drink with family and friends, and most of all for his love and devotion to family.  He leaves his memory to be cherished by his survivors, his wife of 43 years, Betsy Burgess Modlin, five daughters, Sandra Gurkin (Donald), Carol M. Waters, Cindy Spear (Randy), Shirl New (Kent), Carla Modlin (Joe Smith), three step-children, Jenny Lucas Mastin, Cameron Lucas (Gayle), Ed Lucas, Jr. (Wanda), seven grandchildren, Don Gurkin (Denise), Eric Gurkin (Lisa), Dana Bowen (Ralph), Megan MacDaniel (Brendan), Justin Britt (Katie), Dustin Smith, Dillon Smith and four step-grandchildren, McLean Lucas, Cameron Lucas, Katie Johnson, and Shelley Mastin, twelve great grandchildren, two step-great grandchildren, one great-great grandchild, and several nieces and nephews.

A private family graveside memorial service will be held Saturday, February 20, 2021 at

Arrangements are by Maitland Funeral Home, Plymouth.  Online condolences may be made to the family at www.maitlandfuneralhome.com.