Historic landmark in Belhaven provides a window into the past 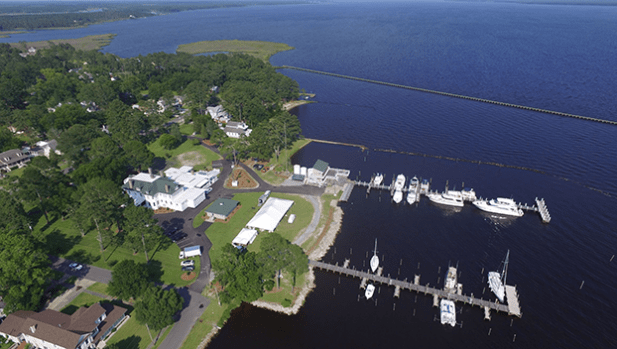 PROPERTY: The expansive grounds of River Forest Manor include the historic manor, bungalow house and marina house, in addition to a fully operational marina and catering kitchen for large events. (Photo submitted by Eddie Goodrich) 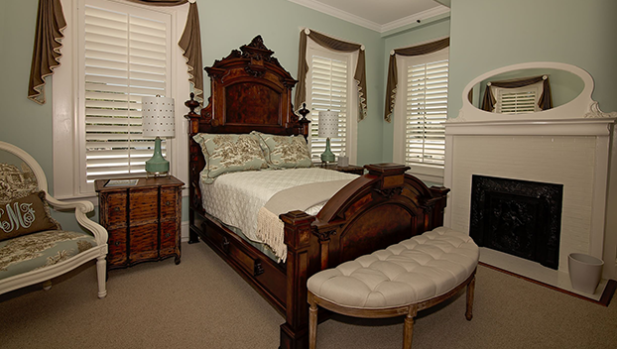 GUEST ROOM: The Azalea Room is just one of nine beautifully furnished guest rooms located in the manor. The full size bed in this room is one of the original hand carved pieces of furniture from the manor’s infancy. (Photo submitted by Eddie Goodrich) 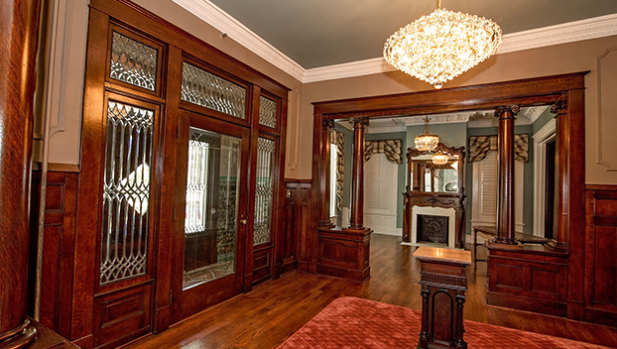 DETAILING: The restoration in 2014 returned much of the manor’s historic features to their former glory. The woodwork is present throughout the expansive space and compliments the decorative plasterwork done by Italian craftsmen. (Photo submitted by Eddie Goodrich)

Commissioned in 1899 and completed in 1904, the River Forest Manor in Belhaven provides a glimpse into the past with stunning views of the Pamlico River and renovated architecture that holds true to the original vision of John A. Wilkinson.

“It was the centerpiece of Belhaven, and a lot of Eastern North Carolina honestly,” said Eddie Goodrich, listing agent for the property.

This historic property currently serves as an events venue, hotel, and marina. The property features 13 guest rooms across the estate, with nine in the manor itself, three in the bungalow house, and one in the marina house.

Before the manor was renovated in 2014, the once private home for Wilkinson’s family had fallen into disrepair. It had been turned into an inn and marina following John Wilkinson’s passing by the Smith family but was sold in 2011. Residents of Belhaven banded together to purchase the property and restore the home to its original state.

“The manor was at a point several years ago that if someone didn’t do something rather quickly, it would have been lost,” Goodrich said. “A group of local people bought it and they have restored it and that was all they ever really wanted to do for the town of Belhaven.”

The property features over 13,000 square feet across the manor, bungalow and marina houses, as well as 4.5 acres on the property to allow for expansion going forward. A fully operational marina also sits on the property and features 30 boat slips along 325 feet of linear dock.

The manor has been painstakingly renovated to ensure that the historic home reflects its rich history. Some of the decorative features were crafted by individuals who helped accent the ornate architecture of Biltmore Estate in Asheville.

The property is completely furnished with furniture expressive of the home’s origins. Rich mahogany is featured heavily throughout the nine guest rooms as well as throughout the parlors and common spaces. A fully-functional catering kitchen is also located on the property.

The manor is currently available for purchase through Preservation North Carolina as a commercial property.

“They simply want to find someone willing to buy it and operate it and take it back to what it used to be in the past,” Goodrick said.

For more information about River Forest Manor, contact listing agent Eddie Goodrich at 252-475-0874 or visit the listing website at presnc.org.