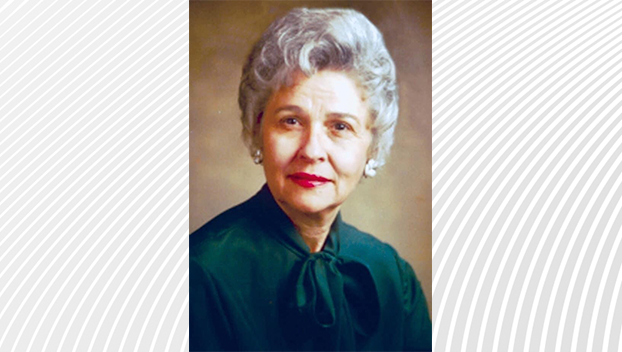 Mae Hackney Ames, affectionately known to the many that loved her as “Miss Bobbie,” passed away on Thursday, February 4, 2021. Mrs. Ames was born in Washington, North Carolina, attended Greensboro College, then East Carolina Teacher’s College, now East Carolina University, majoring in Elementary Education. Later she received a Master’s Degree in School Administration from the University of Montevallo. She married John Brewer Ames in 1950 and together they raised  five children. Her legacy is one of tireless commitment to Biblical truth, reflected in the establishment of Christian schools, service to her community, and a wealth of published writings.

Mr. and Mrs. Ames founded Perry Christian School in 1965 where Mrs. Ames taught and administrated.  She was the mainstay of this ministry as it moved to Selma, Montgomery, and finally to Emerald Mountain. She dedicated her life to Biblically centered Christian education, and impacted the lives of countless children during her fifty years of faithful service.  Mrs. Ames was also active in Republican political circles, having served as President of the Federation of Republican Women at the county and state levels, and as Republican National Committee woman from Alabama, from 1968-1972. Her vast knowledge of America’s Christian history and decades of experience in Christian education enabled her to write for The Alabama Gazette for many years on issues of education and history from a Biblical worldview. In 2020, her writings were compiled into the book Land That I Love: Restoring Our Christian Heritage.