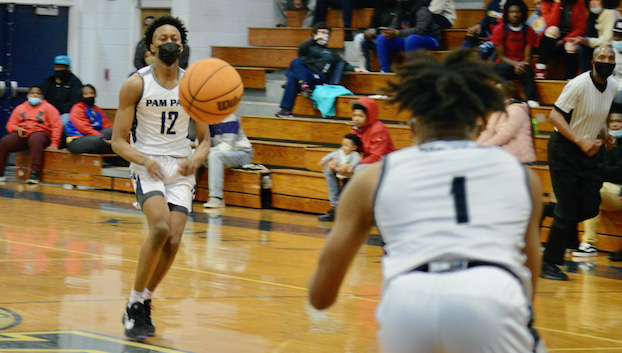 It was the first time since future pro basketball Hall of Famer Dominque Wilkins led the Pack to back-to-back state titles in 1979 that Washington had claimed even a conference crown.

“My guys know who Dominique Wilkins is,” Coach David Allewalt. “Who doesn’t if you follow basketball? He’s one of the greatest players to ever walk the earth and we want to end up just like he did when he was here.”

“We played a complete game tonight,” Allewalt said. “We executed everything well and everyone played a lot. We are excited to see the state playoff pairings when they come out on Sunday and I hope we have at least one home game. We’re pretty tough to deal with here.”

WHS is one of 10 conference champions who earned automatic bids in the 1A East bracket. Five second place teams and one wild-card round out the field.

The Pam Pack JV completed an undefeated 11-0 season with a 91-49 rout of Greene Central. Jahmez Carter led the scoring with 21 points, while Jerai Davenport (18) and Christian Norman (17) also scored in double figures.